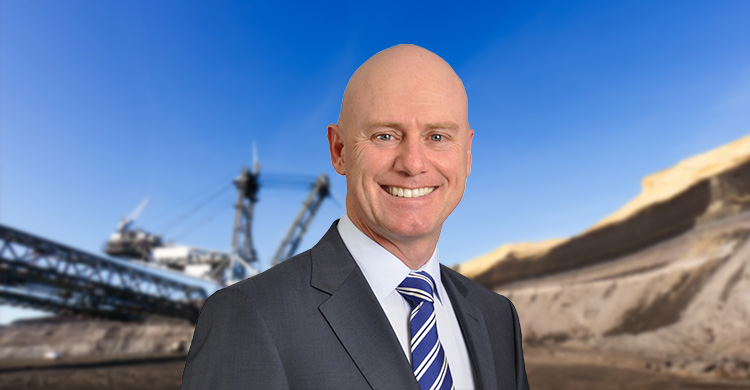 A little over three weeks ago Sean L’Estrange was announced as one of three fresh faces in the WA state cabinet.

He shares his thoughts on taking up the Mines and Petroleum portfolio in the wake of former Minister Bill Marmion.

“I am honoured and delighted…I am also determined to create more West Australian jobs, by growing the state as a global centre for mining and petroleum excellence, building on our automation, computing and geophysics leadership.”

The Mines and Petroleum portfolio is a far cry from the experience listed on his resume, which includes almost 30 years as a member of the Australian Defence Force. He’s been an Infantry Army Officer, been in Active Service as a Lieutenant Colonel in Afghanistan and continues as a Colonel in the Army Reserve.

Before entering Parliament in 2013 Mr L’Estrange also headed his own leadership and management consultancy. It’s exactly this sort of background which Mr L’Estrange says puts him in good stead for both of his new ministerial appointments; Mines and Petroleum and Small Business.

“I am highly motivated to inject my own personal energy and drive into progressing these important sectors. My professional experiences are broad and have synergies with my Ministerial roles.”

Mr L’Estrange said the Liberal-National government’s initiatives were behind Western Australia being recently rated as the world’s top mining investment destination by the Fraser Institute.

“This is evidenced by our rolling red tape reduction program, which has sped up approvals processing, cutting millions of dollars in mining industry costs,” he said.

“We are supporting investor confidence, through transparent regulation, a stable and proven royalty system, and freely available world-class exploration data. Plus, we have the highly successful Exploration Incentive Scheme.”

“I am determined to build on our leading status to continue attracting national and international investment.”

“Our resources dominance also translates into further small business opportunities. Small business engages thoughts of households throughout Western Australia with more than half of our working population either owning a small business or working in one.”

So while Mr L’Estrange pursues success in the Mines and Petroleum sector, former portfolio overseer Bill Marmion has stepped in to fill State Development as well as continuing on as Finance Minister.