Mining must find its voice to attract future workers 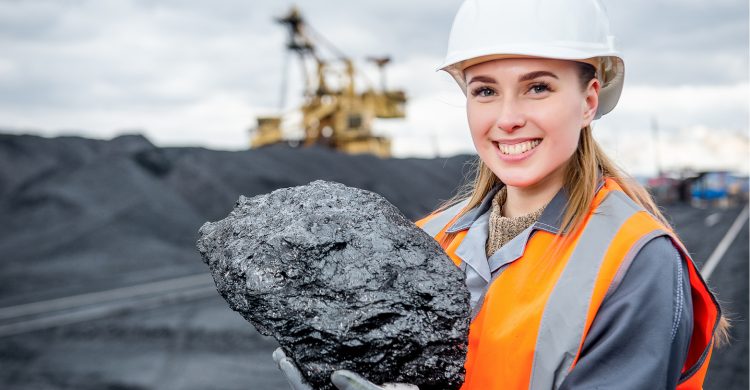 Mining must find its voice to attract future workers

Mining companies must engage university students early and explain the vast array of career opportunities available or risk losing them to other sectors, an Austmine conference has been told.

Stealth Technologies Chief Executive Officer Elliot Nichols said universities wanted mining companies to work with their undergraduates to help them see what was going on in the real world.

“The source of where the talent is coming from – the universities and other educational organisations — is where the industry, the mining companies, need to get involved to tell the story of mining and say if you are looking for a career, why not think mining because there are so many great things about mining,” Mr Nichols said.

“If you don’t get involved at that point, they will make a decision to go into another space.”

Mr Nichols was one of five speakers in a panel discussion: Working together to shift mining’s paradigm for the next generation.

BHP Digital Transformation Manager Alex Bertram said the shift over the next five years would be from autonomous vehicles to empowering frontline workers to operate more efficiently and safely.

“No doubt we’re seeing the emergence of technology in autonomous operations. It’s front and centre at the moment,” Mr Bertram said.

“It’s not all robot trucks. It’s people that we have to have front of mind when we are thinking about how to improve work and safety.

“It will be exciting to see that shift in the next five to six years from the autonomy space into how we really enable people to do some of the hardest work.

“That will open up huge opportunities for technologists and people who understand operations and mining and human patterns and safety to help the people who do the hardest jobs in our business every day.”

Mr Nichols said: “Automation is going to mean that people will be freed up to do more value-added tasks and how mining companies deal with that and set people on a career path that enables them to do that is going to be important.”

He said there was an opportunity for the mining industry to embrace technology from outside the mining sector and that future mining careers may include integrating people with that outside knowledge into mining operations.

Mr Bertram said an intern working at BHP on a frontline safety application had changed focus and found a way to use a PlayStation console to control a previously inactive mine excavator to enable it to continue to dig ore.

“We would not have thought of getting a PlayStation controller to move a 400-tonne digger, but that team did,” he said. “It’s amazing what you can do if you give people the space.”

South32 Program Director Technology Development Michelle Keegan, who has been involved in developing the mining engineering degree at the WA School of Mines, said they were now looking at the degree for the next five to 10 years, which included energy transition.

“The more that we can make sure we are working in a really connected way with universities to help make degrees current with where the industry is going is really important,” she said.

Indigenous Women in Mining and Resources Australia Chief Executive Florence Drummond commended companies with recruitment campaigns for Indigenous people but said that they needed to be supplemented with mentoring and buddy systems and established pathways to success.

“Access to education, whether it be through RTOs or universities is much more accessible,” she said.

“But… understanding what’s available in the mining world and the future skill sets; understanding that will enable people to start to take ownership of their own future and that’s where the value is. It gives people the opportunity to think about and start to plot their own careers.”

“A lot of people when they think mining, they think the contentious things that have happened in the media in the past 12 months about destruction of areas and the perception of mining in some instances of being terribly destructive,” she said.

“There is a broader focus about the economic benefits, the community benefits…. most of the things we touch come from the mining industry and people forget about that.”

Panellists said establishment of the Electric Mine Consortium, involving 14 mining and mining service companies including South32; the Charge on Innovation Challenge, involving BHP, Rio Tinto, and Vale; and commitments to achieve net-zero carbon emissions all helped to improve the mining sector’s image and explain its role in meeting climate change pledges.