Member of the Month – Clive Saunders 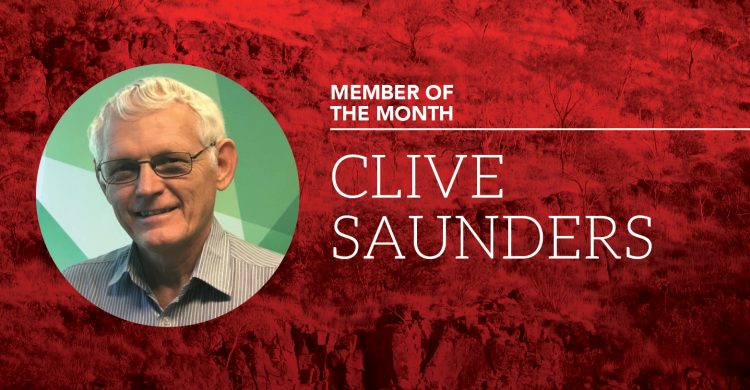 Member of the Month – Clive Saunders

The world of mining would be very different if deposits were discovered in easy to access locations. But for a limited few, including 10-year Mining Club member Clive Saunders, it is this aspect that keeps them coming back for more.

In his two-decade mining career, Mr Saunders has worked on sites in Western Australia, the Antofagasta region in northern Chile, the Democratic Republic of the Congo and Zimbabwe where he started with Anglo-American to design a winder house, before getting involved in all aspects of the corporation’s work.

“After working with Anglo-American for a few years, I became a consultant working for many of the mining houses both big and small on various projects, predominantly through tailings and waste storage but including water storage and hydrology,” Mr Saunders said.

“These projects have taken me to various parts of the world with a variety of climatic conditions.”

The Principal Civil & Geotechnical Engineer has been working for Talis Consultants in Perth since its formation in 2012, alongside experts in asset management, civil engineering, environmental services, noise, spatial sciences and waste management.

“My role in the company is to provide civil and geotechnical support to the various teams, contributing my experience in mining waste storage including tailings and waste rock as well as providing infrastructure advice,” Mr Saunders said.

The job keeps Mr Saunders busy and regularly in the field, even finding himself on-site only a few months ago, when he was clambering up the embankment of a water storage reservoir in southern Western Australia.

While Mr Saunders admits that if he had not taken a job in mining he would probably be working as a “boring civil engineer” designing infrastructure somewhere, he is happy that he has been involved in interesting, large-scale mining projects, especially those in remote locations.

“Being involved in a mining project from inception through to production is challenging and rewarding. Projects in places such as the Democratic Republic of Congo can be made even more interesting when you have an opportunity to tap into local expertise,” Mr Saunders said.

He acknowledges that his career path in the mining industry may have been different had it not been for the civil engineer he worked with in his early days at Anglo-American.

“He was my mentor for many years early on in my career and helped to inspire innovation,” Mr Saunders said.

In his spare time Mr Saunders enjoys cycling, however preferring to keep to a leisurely pace rather than joining the lycra army.

The engineer also takes time to travel within WA and Australia, both on business and for holidays, generally combining the two by going to conferences and then staying on.