Innovation not an Iron Bridge too far for FMG: Gaines 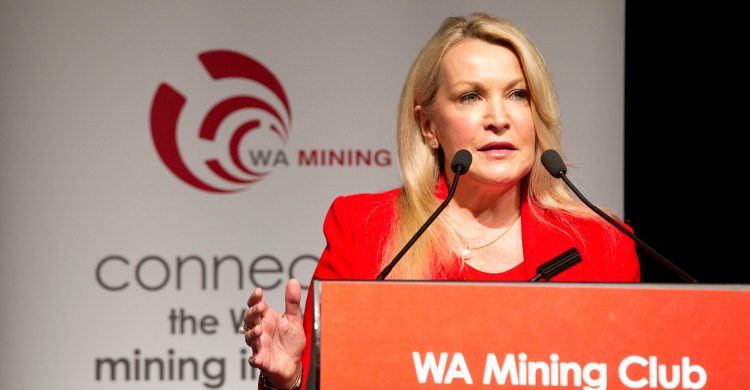 Innovation not an Iron Bridge too far for FMG: Gaines

In a wide-ranging speech at her inaugural address to the club, Ms Gaines gave an insight into the company’s new Iron Bridge and Eliwana mines and of the culture and innovation that has driven Fortescue since it was founded 16 years ago.

She said the shared challenge was for the sector to advocate for WA’s outstanding contribution to the national economy and reiterate that mining offered long term, rewarding careers.

“You can never stop getting the message out there that (this) is a really interesting industry,” Ms Gaines said. “We are doing different things. We are looking at innovation. It’s not just about mining; we are looking at data analytics, artificial intelligence.

“I have to say that in WA the mining industry has a very good reputation but for a while given this theory of boom or bust they (young people) were probably getting advice of ‘don’t go into that because you might not pick the right time’.”

FMG has announced two significant developments in the past 18 months – the Eliwana and Iron Bridge mines which together account for a total investment of $5.5b.

The projects will create 5000 jobs during construction and 1400 in the operational phase.

The first ore from Eliwana is scheduled for December 2020 and the first delivery from Iron Bridge in calendar year 2022.

“Iron Bridge and Eliwana will increase the average iron content of our ores and that allows us to deliver on our strategy to deliver the majority of our product at greater than 60 per cent iron content,” Ms Gaines said.

“We are confident these mines will deliver growth in earnings and cash flow and that will result in enhanced return to our shareholders.”

She said Fortescue had a deliberate strategy to be the safest, lowest-cost, most-profitable mining company.

In Port Hedland, the opening of the Judith Street Harbor and introduction of an FMG tug fleet was the last piece in an integrated supply chain designed to control costs.

In the last financial year Fortescue spent about $100 million on exploration, mostly on the evaluation of iron ore tenements in the Pilbara, but also copper and lithium in countries including Ecuador, Argentina and Portugal.

A LEADER IN INNOVATION

“Fortescue was the first company in the world to deploy autonomous haulage on a commercial scale and to date we have travelled 29 million kilometres safely,” Ms Gaines said.

“We were the first company in WA to control a railway from outside the region of operations and today our port and rail and some aspects of mine control are managed from our integrated operations centre in Perth.

“Having started in the Solomon operations in 2012 we are now converting our Chichester operation to autonomous haulage.

“We have been at the forefront of this technology and our mine operations are set to become the first in the world to be fully autonomous.

“We are now building on that autonomous capability for the next generation of automation with a trial of light vehicles at our Christmas Creek site.”

Fortescue has entered into a landmark partnership with the CSIRO to capitalise on the economic opportunities associated with hydrogen.

It will begin with a focus on CSIRO’s metal membrane technology, which will make the transportation of hydrogen economically viable, enabling the benefits of the low-emission fuel to be realised.

“The great thing about this innovation agenda is that all of these projects bring opportunities for Western Australia and the Australian economy,” Ms Gaines said. “That’s through the investment we are making; it’s also through the jobs of the future as well as business opportunities and community development.”

“In WA there is approximately $113 billion of projects underway or in the pipeline, including Eliwana and Iron Bridge,” Ms Gaines said.

“That has led to many comments recently that WA is experiencing or about to experience another boom. At Fortescue we don’t subscribe to the boom-bust theory. We see the State as entering another construction phase that will support ongoing operations.

“The question we should be asking – and what I see as our shared challenge – is what will be put in place during this phase of investment and jobs growth to sustain the State going forward.

“We all need to make sure that communities benefit from business success. Corporate and community Australia need to work together and its critical for corporate Australia to take the lead in bridging the divide by proactively working with communities to ensure expectations are aligned and to achieve the best possible shared benefit for society.

“The future engineers, geologists, mine planners, metallurgists and trades people are critical to the long-term success of mining in Australia and Fortescue is proud to contribute to the local community, so the next generation of talented professionals have meaningful employment in the Pilbara.

“We were founded with the overriding vision that by creating a strong business we would create economic opportunities and contribute to thriving local communities.”