Gold Fields and EDL leading the way in environmental excellence 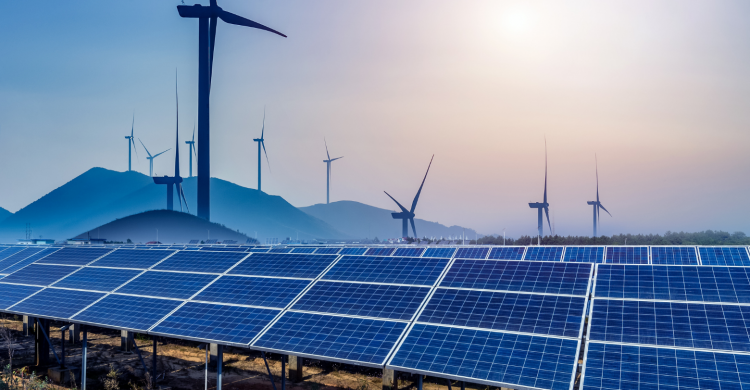 Gold Fields and EDL leading the way in environmental excellence

Global gold miner Gold Fields and energy producer EDL have been recognised for their work to develop the Agnew Hybrid Renewable project, winning the Golden Gecko award for environmental excellence.

The Department of Mines, Industry Regulation and Safety hold the awards each year to recognise leading practice and innovation in environmental management and provide an opportunity to share experiences between government, industry and the community.

Mines and Petroleum Minister Bill Johnston said the Agnew project in Leinster was an example of industry going above and beyond to ensure the best outcomes for local communities and the environment.

“[It] sets new social and environmental standards and is an example of why WA is one of the best places in the world to do business,” he said.

The project was partly funded by the Australian Renewable Energy Agency (ARENA), which contributed $13.5 million through its Advancing Renewables program.

According to ARENA chief executive officer Darren Miller, the project marks a shift in thinking around powering mine sites.

“The project Gold Fields is undertaking will provide the blueprint for other companies to deploy similar off-grid energy solutions and demonstrate a pathway for commercialisation, helping to decarbonise the mining and resources sector,” Mr Miller said.

“We’re excited to see more mining companies taking up renewable options and Gold Fields’ project comprising solar, wind and battery is helping to position into a more reliable and sustainable energy supply to call upon for the life of the mine.”

Gold Fields Manager: Energy in Australia, James Koerting said Gold Fields was at the beginning of its journey with energy storage.

“When Agnew received funding in 2019, storage technologies were still very much in development and too expensive to consider,” Mr Koerting said.

“Fast forward to 2021 and some exciting prospects are coming to market.

“The vision is to accelerate the adoption of large-scale energy storage through technology pilots and, where appropriate, with grants from ARENA in alignment with its current investment plan.

Mr Koerting said now that the microgrid at Agnew is operational, Gold Fields would pursue energy storage technologies to realise the goal of low-cost energy.

“And with the adoption of low cost, large-scale storage, we can use renewable energy more efficiently to bring down the overall cost of energy.”

Because of the success at Agnew, Mr Koerting said other miners were looking at ways to implement similar technologies, with assistance from Gold Fields as it shared the knowledge gained from the project.

“Knowledge sharing is a key outcome for recipients of ARENA funding, at conferences, in webinars and publications, and we are taking the time to talk to miners who want to understand the challenges we faced and how we overcame them,” he said.

“Some mine sites have already announced quite ambitious projects and we are aware of others that will be announced in the near future.

“Agnew and EDL have shown that with the right mix and expert integration, the reliability of these technologies that were traditionally seen as a high risk to supply for mine sites can actually improve.”

According to Mr Koerting, the Agnew project has reduced electricity-based emissions by more than 50 per cent and demonstrated a pathway for other mines and large remote energy users to follow.

However, it took considerable work to get the project up and running.

“At the time we made the decision, Agnew was contemplating the expiry of its existing power agreement and saw this as an opportunity to generate its own power and start the journey of reducing its CO² emissions,” he said.

“We had experience with solar already at Granny Smith and were encouraged to start taking some wind measurements to prove that there was a good quality renewable wind resource at Agnew.

“With the help of consultants, we were able to demonstrate the economics of combining solar and wind, but to de-risk the project to a point that would satisfy our investment governance requirements, we made the approach to ARENA for funding.”