Explorers moving up with greenfields discoveries 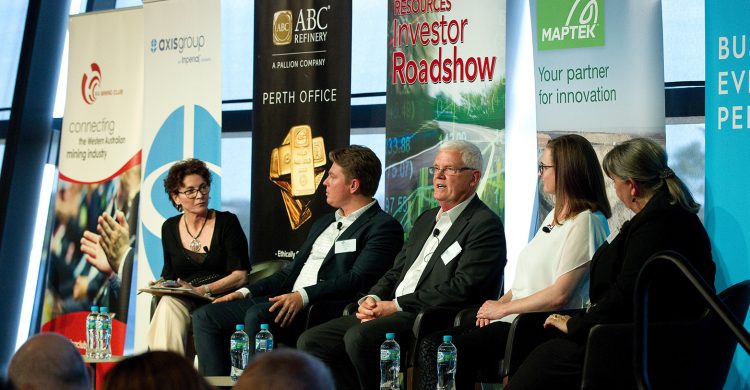 Explorers moving up with greenfields discoveries

From potentially breakthrough discoveries just north of Perth to the search for minerals in water east of Laverton, gold in the far north, and nickel in the Fraser Range, the geographic and commodity diversity of WA explorers was on show at last month’s WA Mining Club lunch.

With the State Government saying exploration activity is at a five-year high, pushed on by ready access to capital and a high gold price, the Explorers on the Move panel discussion represented a cross-section of activity in the State.

For Chalice and Legend, the year has brought an extraordinary increase in their market valuation.

Chalice — which has announced a major nickel, copper and palladium discovery at its Julimar Project just 70km north of Perth — started the year as a $50 million company and now has a market valuation of around $800 million.

Legend — with activities concentrating on its Rockford Project in the Fraser Range — has gone from a market capitalisation of $85 million to $400 million in about 12 months.

Novo has more than 14000km2 in the Pilbara and is moving from exploration to production at its Beatons Creek operation.

Trigg is the newcomer to the group, established just 12 months ago and examining the hypersaline brine of the Goldfields, it has announced a high-grade sulphate of potash discovery at its Lake Throssell Project.

The quartet agree that the past 12 months have been extraordinary and have produced opportunities to further develop their projects.

Ms Paterson said: “As a whole I think the industry, especially here in WA, is in an incredible time. It has changed dramatically in the past 12 months.

“There is so much diversity. Overall, I think the WA exploration industry hasn’t seen it better.”

Mr Wilson agreed: “Since the GFC, the market has been incredibly tight. There has been this huge pent up demand with a market not knowing that it was really hungry for success.

“In my lifetime I cannot remember the number of exciting, potentially company making discoveries that have been made in 12 months.”

The four have different experience with finding suitable staff: Ms Paterson and Ms de Luca said it was not a constraint for them, but Mr Dorsch and Mr Wilson have issues.

“We really need to do better as an industry celebrating the successes and the drawcard the industry can be especially for young professionals. We really need to sell our message better and bring some of the best talent into the exploration space.

“It starts at high school level. We need to invest heavily in the school level and make sure our tertiary education system is gearing up and equipping students with the tools we need.”

Mr Wilson, asked if drilling fluids were in short supply, said: “It’s not the fluids, it’s the supply of labour. You can go to Kalgoorlie and find many rigs parked up in yards because they can’t get people.”

For Mr Dorsch, the past 12 months have been marked by significant greenfields discoveries throughout Australia.

“The last 10 years have been dominated by brownfields discoveries,” he said.

“What we are seeing in the past year or so is some fantastic greenfields discoveries all around Australia.

“I can’t remember a time in Australia where we have had so many major greenfields discoveries.

“There is a bit of a new wave to greenfields. It is a hugely exciting. There are challenges in greenfield but if you can get it right the rewards are spectacular.

“There is a perception that Australia is well explored, and we have found everything. That is absolutely nonsense. There is so much to be found. We are just at that precipice where we are seeing the beginning of the undercover discoveries.

“The big undercover discoveries around Australia are not overnight successes. They are multi-year achievements.”

Legend’s Fraser Range project is also under cover, with Mr Wilson saying the challenge was to combine cutting edge geochemistry and geophysics with “good old-fashioned geology” to come up with targets.

Ms de Luca said she was astonished by technological advancements.

“We have to be a lot cleverer.

“In our industry there is going to be step change; we are doing a lot of work with mechanical sorting. We are obtaining gold out of dirt, waste, rock; we can see down to 0.3mm of gold. It’s the next level of change.”

For Ms Paterson, the step change could come in how Trigg develops its potash resource.

“You can produce it without digging it, crushing it, grinding it, and using lots of energy, and no waste dumps. It is pumping water, using solar evaporation so it is using nature to produce a natural product, in fact an organic product from mining for our food security.

“There is no rule yet about how we do potash in WA. It is exciting for the technical team. It is an open book. We can go and work it out with new technologies that can optimise the project.”