Collaboration – is WA missing an opportunity? 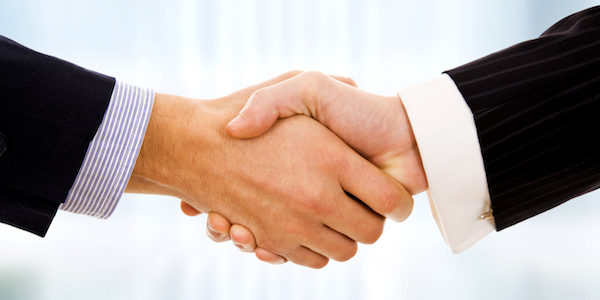 Collaboration – is WA missing an opportunity?

The idea of collaboration being an important problem solving tool is nothing new. The concept of two brains being better than one and diversity of expertise, age and gender to avoid groupthink has encouraged an increasingly collaborative approach in the professional world.

And yet, despite the evidence demonstrating its problem-solving prowess, it seems Western Australia’s mining sector has more work to do on cross-sector collaboration.

Earlier this year Deloitte highlighted in its Tracking the Trends Report that mining companies had traditionally tried to tackle issues on their own.

It is true that some of the state’s leading mining companies have held the baton for collaboration. For example, BHP Billiton offering real data to software developers to solve a specific problem during a “hackathon” held by local resources innovator Unearthed.

However, it seems such examples are few and far between.

Justin Strharsky, Director of Unearthed, says that despite WA’s growing innovation community, there’s not yet much evidence of startups engaging with mining companies or vice versa.

“This is a real shame, as we shouldn’t squander the opportunity to build a world leading innovation ecosystem around our competitive advantage in the natural resources sector,” Mr Strharsky said.

“The World Economic Forum recently projected $425 billion of impact to the global mining sector from new technologies. How much of this will we create in WA?”

Unearthed launched its first hackathon in Perth in 2014 and has since held 15 resources-focused hackathons around the world.

Mr Strharsky says while it may seem there is innovative collaboration happening amid the leading mining companies, it’s not necessarily of the scale that’s required to make real change.

“I think that there is a lot of focus on sustaining innovation – that is, implementing new technologies or processes to optimise and improve an existing business,” Mr Strharsky said.

“However, we don’t yet see many mining companies paying attention to the possibility of really disruptive innovation.

“New technologies don’t just improve efficiency, they also enable new business models which have the potential to disrupt and replace incumbent players in an industry. The mining industry is certainly not immune to such disruption.”

Chief Executive Officer of Austmine, Christine Gibbs, agrees there’s simply not enough “out of the box” thinking or attempts to learn from other sectors.

“It is changing slowly; there are some examples of mining companies looking at other sectors to see what’s happening. For example, they’re looking at manufacturing or aerospace,” Ms Gibbs said.

The Deloitte report highlighted Austmine for the instigation of its “Collaboration Laboratories” which Ms Gibbs said were intended to bring people from throughout the METS sector to consider a specific challenge.

Out of that has spun what could be a truly innovative form of collaboration; an open source platform where mining companies and service providers can engage over problems that need solving.

Austmine is looking to launch a minimum viable product in May, but Ms Gibbs said there were still challenges in making it work.

“Will mining companies be willing to put the problems up? How do you unpack and restructure the problems so people outside of the mining sector can understand it?” Ms Gibbs said.

“And then there are the people looking at solving the problem, how willing will they be to share their ideas, because they could be putting it up in front of a competitor.”

Despite the challenges of cross-sector collaboration, there are some ways it can be done – for one, Mr Strharsky suggests venture capital.

“Mining companies that engage in venture capital investing might learn early, and in detail, about which startups represent the risk of disruption. In addition, through investing, they can also create some exposure to potentially significant financial returns.”

Related to this is taking part in Accelertors.

“Companies that engage with startup accelerators prepare themselves to take advantage of the rapid pace of technology change. They cultivate a more innovative culture, develop a more appealing brand which may attract top talent, and engage with a broader ecosystem of entrepreneurs,” Mr Strharsky said.

Meanwhile, Deloitte recommends looking at turning vendors into partners, building extended partnerships amid ecosystems and even collaborating with competitors.

“Although this may go against the historical grain, a strong business case for this type of collaboration exists, especially for companies with geographically proximate mine sites.”