Miner of the Month with Resources Roadhouse 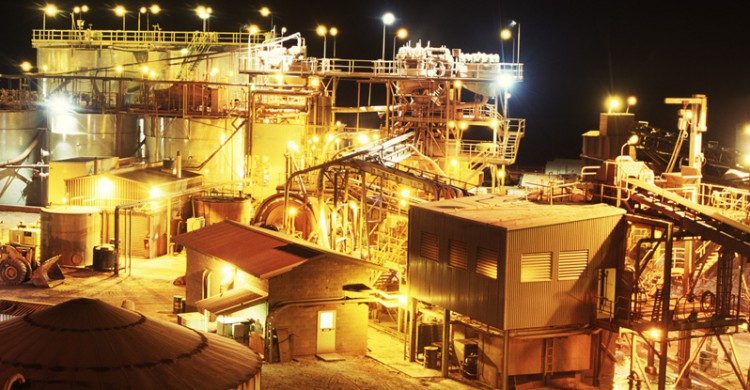 Miner of the Month with Resources Roadhouse

Tyranna Resources emerged from the merger of Ironclad Mining and Trafford Resources as a new company focused on gold and advancing the company’s Jumbuck gold project in South Australia. Tyranna Resources is manager of the Western Gawler Craton Joint Venture (WGCJV) with the owner-operator of the Challenger gold mine, WPG Resources (ASX: WPG) (TYX 72% – WPG 28%).

Tyranna controls seven project areas – four to the north and three to the south of the Challenger gold mine.

It is the southern project areas, particularly Typhoon and Monsoon where historic drilling demonstrated these higher-grade prospects to be more likely to provide Tyranna with a higher-grade Resource as they are closer to surface.

“In other words, they resemble Challenger more so than the areas to the north,” Tyranna Resources managing director Bruno Seneque told The Resources Roadhouse.

“At Typhoon, for example, the garnet-biotite gneiss host rock for the mineralisation outcrops, as it does at Challenger.

“We gained access to, and heritage clearance over Typhoon and Monsoon earlier this year, but while we were waiting for that to happen we took the opportunity to drill at the Golf Bore, Greenewood, and Mainwood, and Campfire Bore projects to the north.”

The company has taken many lessons from the discovery of the Challenger mine, which came off the back of gold situated in calcrete, a naturally occurring concrete like substance that absorbs minerals.

“If you find gold in calcrete, even at very low levels, the idea is to hone in on it, and that’s how they found Challenger,” Seneque continued.

“It is different to the Goldfields where the gold host-rock outcrops and you get gold at surface.

“Initially our endeavours to locate gold in calcrete on the northern projects was relatively unsuccessful, but after an intense period of Research and Development work, Greenewood – where there is no outcropping calcrete – became our first gold discovery and the first major gold discovery in the area for around 18 years.
“This Resource has a global grade of 1 gram per tonne at a 0.5-gram cut-off, bit if we use a 0.8-gram cut-off it has a 1.4 grams per tonne head grade.

“That’s ideal for the Challenger processing plant as an ore supplement, but based on the historic drilling carried out by previous owners, we believe the ore to the south will have a higher grade.”

Tyranna recently completed first pass reverse circulation (RC) drilling at the Typhoon gold prospect, from which its field geologists noted the weathering profile at Typhoon to be deeper than the northern Jumbuck project area.

The company is confident of understanding the deeper weathering profile as results roll in from the first pass drilling at Typhoon, though it is encouraged by the knowledge that the Challenger deposit also shared this characteristic.

With drilling completed at Typhoon, Tyranna has moved the rig to its second prospective nearby target at Monsoon.

At Monsoon, Tyranna has identified a further resemblance to Challenger in the form of a big fold structure, within which is a hinge hosting the bonanza gold.

This was tested by previous owners, Dominion Gold and Southern Gold using aircore and RAB drilling, providing Tyranna with results to follow.

“What we are doing with Monsoon, and what we like about it, is the hinge on the fold structure, which is where we are targeting our drilling, because that hinge really hasn’t been tested properly previously,” Seneque said.

“We are drilling structures and drilling them deeper in areas where mineralisation has already been identified – we’re drilling it, we’re finding the high-grade zones and we’re chasing them.

“There can’t just be one Challenger out there so we’re exploring for large high-grade gold deposits.

“We’re within trucking distance of a mine that has produced one million ounces of gold, and we have a proven track record of discovery.”