WA – The BIG little State that could 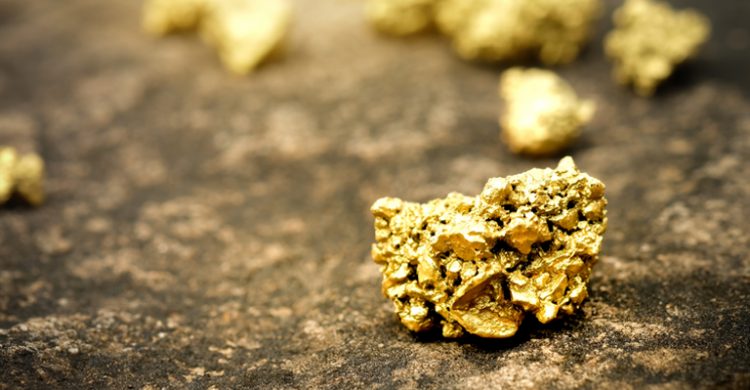 WA – The BIG little State that could

We often talk about how large Western Australia’s mining sector is and the significant contribution it makes to our State and national economy. We also often explain how much national activity our mining sector generates.

For instance, in 2016–17, WA’s mining sector reported sales of $86 billion. That’s 82 per cent of all mineral and petroleum sales in the State. The sector also reported more than $91 billion of mineral exports, making WA the largest contributor to Australia’s merchandise exports.

But what happens when you compare WA to the world’s biggest miners? The answer? We still come out on top.

S&P estimated the cumulative production value of the world’s top 50 projects in 2016 to be more than US$124 billion. Rio Tinto’s Hamersley iron ore project was in top place with almost US$11 billion worth of production.

WA is in an enviable position, as the scale of our mining industry is nearly unmatched in the world.

Up until this year, global exploration budgets have been declining since 2012 with the mix between greenfield and brownfield exploration shifting towards the latter. However, the optimism seen in late 2016 and thus far in 2017 has borne fruit, with the mining industry’s planned spending on exploration rising for the first year since 2012.

In terms of exploration expenditure, the mix of Australian exploration remained static over the past five years, being roughly weighted 70:30 towards brownfield exploration.

In 2016-17, Australia’s mineral exploration expenditure was $1.6 billion, up from $1.4 billion the previous year. Western Australia contributed more than $1 billion of this spend with the gold and iron ore sectors attracting the largest share. Western Australia’s gold exploration expenditure increased significantly to $509.5 million in 2016–17, up from $385.9 million the previous year. Iron ore exploration also increased during this period, but only marginally to $281.6 million.

Metal prices have generally strengthened or stabilised through 2017, and we do not expect them to weaken through 2018. This should improve the bottom lines of WA producers, as they have generally had to reduce their exploration programs over the past several years.

Improved financing and metals prices increasingly build industry confidence and we predict a greater level of exploration activity for the State.

Through the early 1990s, global exploration budgets steadily increased to peak at US$4.57 billion in 1997. As metals prices slumped in the following years, substantial cutbacks and mergers by the majors, and a loss of funding for a great number of juniors, caused global exploration budgets to decline for five consecutive years This reached a 12-year low of US$1.81 billion in 2002 – an overall decline of more than 60 per cent.

Led by the economic boom in China, many metals prices rose and peaked in 2007 and early 2008. Yearly budget increases by the majors, and meteoric budget increases by the juniors, pushed the global exploration budget to a new high of US$13.87 billion in 2008. This was an almost eightfold increase from the bottom of the cycle in 2002.

The mining industry’s boom years came to an abrupt halt in September 2008; as the world fell into economic chaos and companies slashed their exploration plans for 2009. The resulting 42 per cent (US$5.87 billion) drop in the global exploration budget from the high in 2008 was the largest year-on-year decline (in dollar and percentage terms) since 1989.

Most metals prices bottomed in early 2009, and the industry recovered much more quickly than predicted. The global economy improved markedly through 2009 and 2010 as did metals prices, most of which traded well above their long-term averages through 2011. In response, most companies aggressively increased their exploration budgets.

Marking a transformational year, 2012 began with comparatively  strong investor interest in the mining sector, most metals prices at or near recent highs and signs the industry was enjoying a return to the boom times of 2007-08. The global exploration budget set a new all-time high of US$20.53 billion.

However, as 2012 progressed, warning signs began to appear. Investors began turning away from junior explorers and took aim at the CEOs of a number of major producers who had failed to deliver expected returns. In response to investor activism and uncertain demand for their products, the major producers launched new spending-reduction strategies that focused on profit margins over growth.

The investment climate for the mining sector turned distinctly chilly, as international political, economic and market uncertainty remained stubbornly intractable. By mid-2012, the combined pressure of these factors caused a pullback in exploration activity, meaning companies spent less than originally budgeted for the year.

As the effects of investor caution and discontent took hold, companies continued to sharply curtail their exploration budgets from 2013 to 2016. This marked the first time the global budget had fallen below US$10 billion since the 2008-09 crash.

Fortunately, the positive signs seen in 2016 continued into 2017, and the industry’s general mood has improved.  This  suggests the sector will experience a soft rebound after a tumultuous five years. Improved commodity prices have triggered the enthusiasm, with most metals expected to have averaged higher prices in 2017 than they did in 2016.

Gold exploration allocations have led the way to a higher global all-targets budget in 2017, accounting for 73 per cent of the year-on-year increase in planned spending on exploration. The gold budget of US$4.05 billion is 22 per cent – or US$730.5 million – higher than the US$3.32 billion recorded in 2016.

Article first published in Minesite 17. Purchase your copy from the WA Mining Club website and call Craig Franklin on (08) 9279 9151 or email craig.franklin@iinet.net.au to secure your space in Minesite 18.