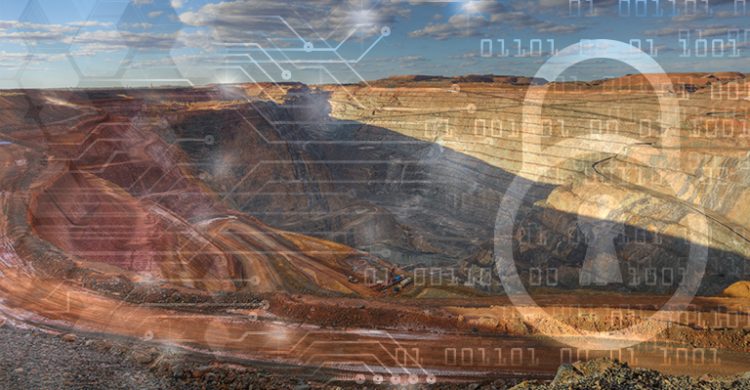 Digital effectiveness has emerged as the number one risk for the mining and metals industry, according to the EY Top 10 business risks facing mining and metals, 2017-2018 report, as companies strive to improve productivity by introducing new technologies. With the sector increasingly investing in digital, cyber risk has risen from ninth to third position in the ranking as the convergence of information technology and operational technology has made companies more vulnerable to rogue activity.

While the majority of companies in the sector have started their digital journey, poor implementation of technology and a gap between progress and the scale of the opportunity leaves companies at risk of falling behind leading adopters. Meanwhile, despite the unprecedented rise in cyberattacks year-on-year, the report indicates that the sector is yet to catch-up in cybersecurity awareness.

“The opportunity through digital is huge. But digital goes beyond just adopting new technologies: it is a critical enabler to address the sector’s most urgent operational challenge – improving productivity across the value chain. And as the sector increasingly moves toward digital transformation, the attack surface is also becoming larger and it is critical that mining and metals companies accelerate their cybersecurity program.”

New risks emerge as the sector switches to growth

Cash optimization fell from first to sixth position in this year’s ranking, in the wake of higher margins and improved cash generation. The need to drive competitive shareholder returns, however, calls for companies to manage the competing demands of short-term capital allocation with longer-term investment in growth, according to the report.

While 2017 has seen companies reduce leverage and return cash to shareholders through dividends and share buyback programs, this is a short-term response to the underperformance of recent years, as return on capital employed has consistently fallen below the weighted average cost of capital. Now that balance sheets have been restored and excess cash returned, the sector will begin to look for investment opportunities that drive long-term return on capital. For those companies that fail to do so, the report points to increasing pressure from activist shareholders – even at the risk of takeover.

Mitchell says: “While cash returns have helped regain shareholder confidence, this is not a long-term strategy. Mining and metals companies need to differentiate themselves through their capital decisions, and increasingly this will mean investing in growth as well as returning capital to the balance sheet and to shareholders.”

Regulatory risk is a new entrant to the top 10, as governments demand a greater return from their natural resources in light of improving commodity prices and profits, while transparency initiatives continue to gain momentum.

Mitchell says: “A change in the regulatory framework can cause significant uncertainty to companies and possibly impact foreign investment. It is therefore critical that they keep abreast of proposed regulatory changes and maintain open and transparent communications to all levels of government and their regulatory agencies.”

New world commodities feature as another new business risk at fourth position, due to increasing disruption in other sectors. The rise of electric vehicles and battery storage solutions, for example, demand that companies evaluate which markets to enter and where to invest.

Mitchell says: “This year’s business risks report clearly reflects the positive uptick in the market – volatility has eased-off in a number of commodities, and balance sheets are in a better position. It is now all about how companies stay ahead of the competition – gaining competitive advantage and being at the lower end of the cost curve is key. Managing the risks will assist mining and metals companies in achieving this.