Miner of the month – Pioneer Resources 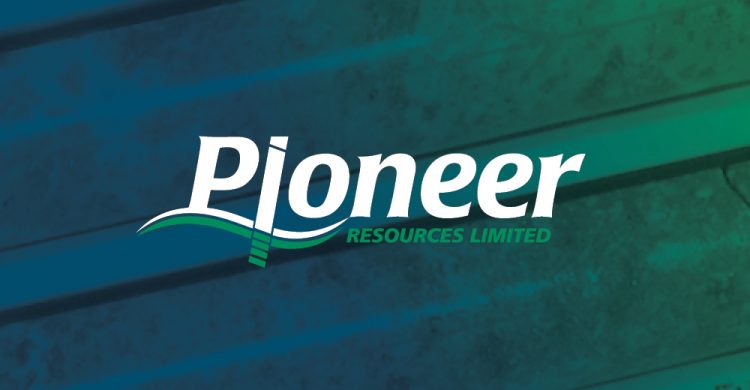 Miner of the month – Pioneer Resources

THE INSIDE STORY: Pioneer Resources (ASX: PIO) changed the company’s focus and fortunes in 2016 following the discovery of the Sinclair Zone caesium deposit.

Up to that moment, Pioneer Resources had been one of many active exploration companies focused on pursuing lithium (and prior to that, gold and nickel) at its Pioneer Dome project, located in the Eastern goldfields of Western Australia, between Kalgoorlie and Norseman.

“Ironically we started with the Pioneer Dome when we listed and it’s where we took our name from,” Pioneer Resources managing director David Crook told The Resources Roadhouse.

“Here we are 14 years later, about to start our first mine there.

“Our progress over 14 years as an active exploration company has shown we understand our capabilities, and we’ve filtered a lot of ground.

“We are seeing the benefits of that now as interest is returning to the sector.”

Pioneer was one of the first WA-focused junior exploration companies to recognise the potential of lithium.

While others maintained a traditional, ‘this is Kalgoorlie, we must find gold or nickel’, approach, Pioneer saw lithium mineralisation potential at the Pioneer Dome project.

The revelation followed a review of historic exploration reports which recorded numerous pegmatite intersections in nickel or gold-focussed drilling completed since the 1960s.

Further work identified minerals consistent with those seen only in an extremely differentiated zone of a rare-metal lithium-ceasium-tantalum (LCT) pegmatite system.

Pioneer confirmed this mineralogy as pollucite, which indicated the company was on the trail of an extremely rare and valuable commodity, caesium.

The caesium mineral Pioneer found present at Pioneer Dome was determined as being the preferred feed material in the production of Caesium Formate, a high value, high-density fluid used in high-temperature/high-pressure oil and gas drilling.

Caesium Formate provide several benefits, including: minimal damage to hydrocarbon-bearing formations resulting in higher production rates, it acts as a lubricant, is non-corrosive and is considered a benign chemical when compared to alternatives.

Global supply is heavily constrained, and it has few genuine substitutes.

Fast-forward to the present and the Sinclair Zone caesium deposit is now a near-term mining proposition, from which Pioneer intends to extract and sell the high margin caesium mineral pollucite, and possibly potassium and lithium minerals, from the proposed Sinclair open pit mine.

Pioneer is working through the regulatory processes required prior to commencing mining operations.

The importance of the Sinclair deposit was highlighted when Pioneer announced an offtake agreement with Cabot Specialty Fluids Ltd, a wholly owned subsidiary of New York-listed Cabot Corporation (NYSE: CBT).

Cabot is a global specialty chemicals and materials giant and has long been the world’s dominant caesium formate manufacturer, producing around 8,500 barrels per annum, which equates to an annual EBITA of approximately $40 million for its Specialty Fluid’s division.

Cabot liked what is saw at Sinclair and has agreed to buy all of the caesium ore to be extracted from the proposed Sinclair mine that will mine the Sinclair Zone caesium deposit.

The Offtake Agreement also includes a US$4.8 million loan facility to fund mining operations at the proposed mine.

The Sinclair Mine will be Australia’s first ever commercial caesium ore producer.

“Signing that Offtake Agreement is a significant milestone for Pioneer and for the Sinclair Mine,” Crook said.

“We anticipate being cashflow positive from the caesium zone before Christmas and that will lead us to commercialisation of other products at the Sinclair Zone deposit that we have to mine through to get to the caesium.

“With the new-found cashflow we anticipate earning we will continue to drill the lithium aspect of the project, because it is a well-endowed lithium area and we have been discovering lepidolite – the lithium micas that most of our peers like the look of and would like to find on their ground.

“We have also been finding petalite, which is a very pure form of lithium that goes into the manufacture of ceramics and glass.

“We are also starting to see the presence of spodumene, which is the holy grail of lithium explorers.

“But, since we have discovered Australia’s first caesium deposit, for now we are in a rarefied space.

“We have been telling people all along how rare a caesium find is, let alone one of this size.

“There’s got to be more out there within the project area – we hope.”

Elsewhere in the Eastern Goldfields, Pioneer has its 100 per cent Golden Ridge project, located 26 kilometres south east of Kalgoorlie.

Golden Ridge includes substantial areas prospective for lateritic cobalt, plus the suspended Blair nickel sulphide mine that was closed in 2008 during a time of depressed nickel prices, having produced 1.26 million tonnes of nickel sulphide ore at 2.62 per cent nickel.

The prospects are within granted mining leases and an exploration licence along the eastern flank of the Blair Dome, a geological structure within the Golden Ridge project.

“We bought the Blair mine, just outside of Kalgoorlie, for its nickel sulphide potential, it turns out that a lot of the ground has also quite a lot of cobalt associated with it,” Crook said.

“We did some drilling this year and got some very good results.”

Pioneer’s 2018 drilling corroborated the Golden Ridge project to have a well-developed lateritic cobalt mineralisation mantle at the four prospects drilled.

Earlier drilling indicated widespread cobalt mineralisation throughout the project, and Pioneer has flagged future work will be directed towards defining resources.

Upcoming work at Golden Ridge will include detailed analysis of geochemical and geophysical datasets, and integrating drilling to generate an estimated Exploration Target, precise RC drilling to generate a Mineral Resource, and bulk sampling for bench-scale extractive metallurgy which will focus initially on an ore concentration technique.

A further nickel sulphide discovery at the Leo’s Dam prospect reinforced the company’s Blair Dome exploration model and the project’s prospectivity to host nickel sulphide deposits, both near-mine and regionally.

The progression of the cobalt and nickel sulphide potential at Golden Ridge will be a strong component of the company’s focus moving forward.

Lithium remains firmly on the company radar, and Pioneer holds an option to earn up to 80 per cent of the Mavis and Raleigh lithium projects in Canada from Joint Venture partner, TSXV-listed International Lithium Corp.

The Mavis and Raleigh Llthium projects are situated 19 and 80 kilometres respectively east from the town of Dryden.

“That project on its own has the potential to be a high margin operation.

“And, we also have a number of other very good projects and knowing we can move onto the Golden Ridge area for the cobalt and nickel sulphide as well as having the Canadian spodumene project sitting in our back pocket is comforting, to say the least.”