Miner of the month: Aruma Resources 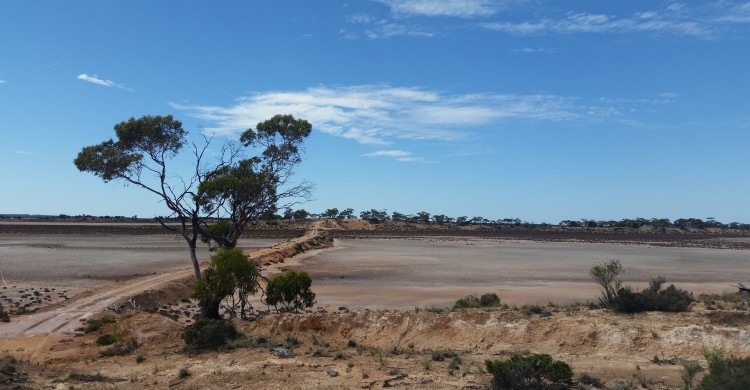 Miner of the month: Aruma Resources

The Invincible gold deposit, being mined by Goldfields at its St Ives operation, set a new discovery benchmark for gold explorers in the Western Australia goldfields.

The Invincible deposit is considered by market watchers as one of the most important gold discoveries in recent decades for many reasons.

One being that it highlighted potential for new substantial gold systems within an existing gold district, hosted by an alternate geological setting.

Invincible readjusted the way geologists regard lithological units within the region, which were previously thought to never contain gold.

Now, with fresh eyes and open minds, these lithological units are considered to possibly host gold systems with economic grades.

The Invincible ore body was almost overlooked due to its unconventional geological setting and exploration hindered by surficial cover.

Invincible broke all the rules by being a hydrothermal gold deposit formed near the geological contact between the Black Flag Group and Merougil Sediments.

With a lode thickness varying from one metre to over 20m, the ore body was defined over a strike length of two kilometres with both open cut and underground operations set to produce over two million ounces.

“We recognised that the major gold deposits around the world, and in Western Australia, are in sediments,” Schwann told The Resources Roadhouse.

“One thing about them is that they usually have large endowments and good grades.”

“I had looked at Goldfield’s Invincible deposit at Kambalda and at the stratigraphy there,” Schwann continued.

“I realised we are also looking at gold in the Black Flag Group sediments and that they have been sitting right under our nose all along. Other companies to look at this included Sirius and S2.

Schwann’s recalibrated view led to Aruma Resources carrying out a re-evaluation of the company’s Glandore project, located within the Kalgoorlie District.

From this, Aruma has identified that the geological sequence at Glandore bears similarities to that of the geology surrounding the two-million-ounce Invincible deposit.

Aruma’s major project is Slate Dam, located 40 kilometres from Kalgoorlie where it recently extended its reach with the acquisition of the Juglah leases (EL25/534 and ELA25/558, 22 graticular blocks) over the southern extension of the project.

The tenements cover prospective gold ground within the geology that hosts the Majestic and Imperial gold deposits.

“The most recent land acquisition took our landholding in the region to over 260 square kilometres, located in a desirable address east of Kalgoorlie that is highly prospective for gold,” Schwann said.

Evaluation carried out by Aruma of the geology surrounding the Glandore project, identified the Slate Dam prospect as a potential site for an invincible-style gold deposit.

“Our activity in the area is progressing well as we prepare to drill covering the large high-tenor gold anomaly at Slate Dam,” Schwann said.

Slate Dam had previously been mapped as a felsic volcanic package and consequently explored for its potential to host a large intrusive porphyry-style gold system.

Although the drilling results were encouraging, no gold-bearing intrusive porphyry units were intersected, resulting in little to no further groundwork being carried out on the prospect since 2002.

Fast-forward to 2012 and the discovery of the Invincible deposit opened the area for further potential discoveries for this style of mineralisation.

Aruma is confident the similarity of the sedimentary sequence of Slate Dam to that of the Invincible stratigraphic sequence, consisting of interbedded volcanic sediments, could results in the prospect being one of those discoveries.

The company has been busy conducting further investigation into Slate Dam geophysics, which has identified a large ring-structure, the company believes likely to represent a granite intrusive, a necessary potential driver for the mobilisation of gold bearing fluids.

The major geological structures of Slate Dam are covered by shallow lake sediments which could potentially be masking a Tier 1 gold deposit.

Aruma Resources aims to test its Invincible gold model theory at the Slate Dam project over coming months, and with initial ground reconnaissance and mapping confirming the similarities to the Invincible-style gold system, spirits are high.

Aruma’s decision to move on Mulga Dam followed a presentation by the company to Melbourne-based PAC Partners who suggested the ring structure in the magnetics.

“It was then that I realised we needed the other lease so I pegged Mulga Dam, which was also available,” Schwann explained.

The company was encouraged by results from a data search that identified an anomaly around 3.5 kilometres by two kilometres, which is bigger than the Golden Mile-Super Pit footprint.

“The anomaly was not a low-level anomaly and was basically greater than 0.25 grams and stood out as something too big for us to walk away from,” Schwann continued.

Drilling to be undertaken at Slate Dam over the coming months will be targeting results greater than five metres and greater than two grams per tonne gold.

“It doesn’t sound very much, but it is a model we have called the Black Flag model,” Schwann said.

“Remember that Invincible was eight metres at six gram per tonne gold!”

“The targets are based on Kalgoorlie ore bodies that includes the likes of Golden Mile, Paddington, Bardoc and Invincible.

“It is the Invincible model we are working off for our upcoming drilling programs.

“I believe Invincible is probably one of the most important discoveries in, at least, the last 50 years in Australia.

“It was discovered with around one million ounces at four grams per tonne.”

Once statutory requirements for the approved program of work and Heritage Surveys are arranged and existing exploration databases and geology have been validated, Aruma will be on the ground at Slate Dam fervently drilling.

This will be done by drilling 200m spaced lines of 100m deep angled drill holes at 50m intervals into the steeply dipping stratigraphy.

Schwann can hardly contain his excitement when speaking about the Slate Dam project and the possibilities it holds for Aruma Resources.

“It has given me, and the company, a pulse,” he declared.

“We are sitting up, out of the recovery position and we are getting a renewed interest in the company from people who believe in the story we now have to tell.”

“I’m prepared to say that this is the best gold project I have had in my entire career.”