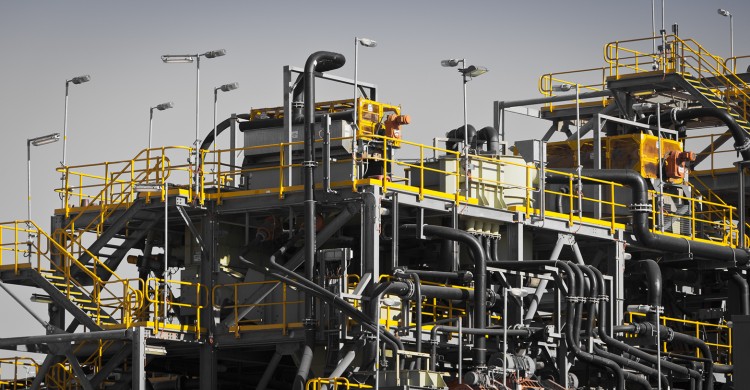 As we power towards a future fuelled by lithium, a multi-billion dollar industry is emerging in West Australiaes at each level of the metal’s value chain.

And it’s not just miners who are excited too; WA Premier Mark McGowan has been quoted as saying that he’s excited about the opportunities the global shift to electric vehicles offers the State’s lithium miners, who supply a critical ingredient in most modern batteries.

Exploration company Liontown Resources Limited is banking on projects in West Australia, Queensland and the Northern Territory, with the latter presenting locational advantages over other spodumene projects including access to transport, energy and port infrastructure as well as proximity to China.

At the extraction end of the value chain Pilbara Minerals’ 100%-owned Pilgangoora Lithium-Tantalum Project, located 120km from Port Hedland is currently in construction with the company targeting commissioning from March 2018.

Pilbara Minerals’ neighbour – Altura Mining is also charging forward with their smaller scale Pilgangoora lithium mine and is on track to commence mining and processing of lithium spodumene concentrate in Q1 2018.

Earlier this year, the Mt Marion joint venture project in the Goldfields delivered its first shipment of lithium concentrate to the port of Kwinana bound for delivery to Jiangxi Ganfeng Lithium. Mineral Resources owns 43 per cent of the JV with Ganfeng holding a matching stake and original owners, Neometals, retaining 13.8 per cent of the project.

One of China’s biggest lithium companies, Tianqi, is pumping more than $1 billion into WA operations, committing $320 million to double the size of its Greenbuses mine.

“There’s an abundance of lithium sourced from hard rock in WA. In fact, the State is now responsible for a third of global lithium supply.

“Expansion of the Greenbushes mine and new mines coming into production in the Gold Fields and Pilbara area means that WA will continue to satisfy a significant portion of global demand as we move into the future,” said Phil Thick, General Manager Tianqi Lithium Australia

The leading global supplier of lithium products is also building a $400 million processing plant to turn lithium concentrate, worth $1000 a tonne, into lithium hydroxide, which sells for ten times that figure.

Industry peers such as Neometals boss Chris Reed agree with the downstream shift telling the audience at the company’s Diggers and Dealers presentation that WA can handle at least a 100,000 tonnes a year of lithium hydroxide saying that more lithium miners should consider developing local processing facilities.

Neometals has signed an MOU to investigate the construction of a high purity lithium hydroxide plant located near Mt Marion JV operation in Kalgoorlie, which could provide significant operational, logistical cost and economic benefits through the secondary processing of raw materials.

Benefits to conducting downstream processing in WA go further than the financial gains from selling lithium hydroxide for Tianqi, who are also quick to mention that their technology is environmentally low-impact.

“The processing that we are doing in Kwinana is almost entirely closed-loop, so there’s no waste product that can’t be sold or used in other industries. We don’t produce any waste material, we don’t have any tailings, and even our water supply is recycled.

“While the majority of processing takes place and will continue to take place in China, new processing facilities in like ours in Kwinana are beneficial for customers all around the globe as it helps to mitigate against risks involved from relying on one country for supply” continued Mr Thick.

While market analysts share the view that spreading supply is a major step towards preventing against volatility, Hartleys Research in-house lithium expert Trent Barnett is quick to point out that all commodities are volatile given lead-time to developments and depleting resources.

“The lithium industry is growing rapidly and perhaps not uniformly across the supply chain.  So volatility is still likely to be high,” said Mr Barnett.

The analyst is confident that WA is in an excellent position to benefit from the global shift towards electric cars to energy storage such as Tesla’s 129 megawatt-hour project in South Australia.

“Certainty of supply and speed to market are substantial, and Australia has the advantage there. Once supply chains are set it can become harder for later entrants to break in,” continued Barnett.

While lithium ion batteries are becoming more and more part of our daily lives, it seems an almost weekly occurrence that a new tech-startup is making headlines for a “game-changing” alternative to power storage – such as sodium ion, aluminium graphite and gold nanowire.

“There’s a lot of work being done around the world on alternatives to lithium ion batteries; however, if it has taken twenty years or more for lithium ion batteries to become the go-to technology for power storage, then we expect that the next generation of batteries will take around the same time to become a serious competitor,” said Phil Thick, General Manager Tianqi Lithium Australia.

“It’s not going to happen overnight, which is part of the reason we are expanding so quickly and investing so much is to take advantage of the market which is there at the moment.”

Perth-based Lithium Australia agrees, with the company set to acquire Brisbane based battery cathode developer Very Small Particle company (VSPC) as it looks to close the loop of the energy metal cycle.

It’s not just businesses in West Australian getting in on the lithium act with a consortium in the Northern Territory currently planning to establish a large-scale lithium-ion manufacturing plant in Darwin.

Energy Renaissance will be backed by engineering group UGL, who are a major contractor on the Inpex project, and partner with US battery storage company 24M.

While the Territory’s Cabinet is yet to consider the matter, the consortium hopes to be producing batteries in a $100 million battery storage “gigafactory” by the end of 2018.