Member of the Month | Brett Matusevicius 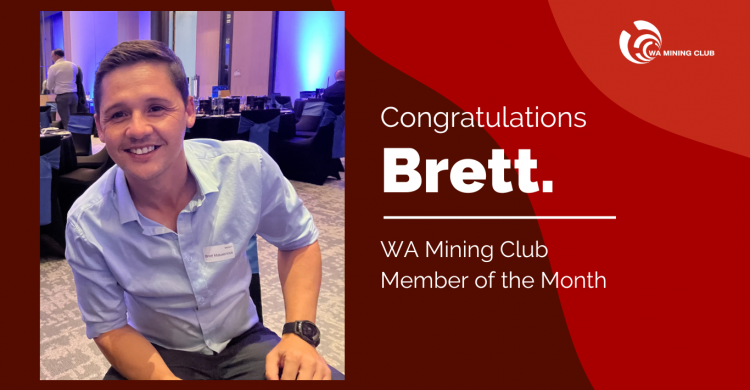 Member of the Month | Brett Matusevicius

When Brett Matusevicius had a career change, he didn’t do it in any half measures.

The Rental Equipment Manager for MAX Plant was in hospitality management and pouring beers when he was approached by the company seven years ago.

Craig Pedley at MAX Plant, which manufactures and services mineral processing equipment, recognised that Brett’s skills in management and customer service could be transferred and offered him a sales position.

Brett started with the spare parts and warehouse team and literally trained from the ground up.

With that experience under his belt, he started travelling the world to conferences and minesites, building on his knowledge of the plant and equipment that MAX Plant provides.

He became the International Dealer Manager and worked in China, North America, Europe, the Middle East, and South East Asia.

Then when COVID hit, and international travel dried up, MAX Plant revved up its hire fleet, and Brett became the Rental Equipment Manager for Australia.

He says a highlight for him was when he did FIFO to China and learned about their culture first-hand.

Brett originally joined the WA Mining Club for its networking opportunities, but he quickly discovered it offered so much more; guest speakers, panels, updates on new technologies and outlooks on the future of mining in Australia.

Brett still pulls on his work boots most days, and when he’s not working, he’s out camping, indulging in his love of astrophysics and golf.

Given a choice of three people he’d invite to dinner, it’s no surprise his first choice is astrophysicist Neil deGrasse Tyson. On either side of him, he’d seat physicist Professor Brian Cox and Elon Musk, who has a Bachelor of Physics.

If he weren’t in mining, his dream job would be as a physics lecturer, and it’s obvious why.