Explorers in the spotlight 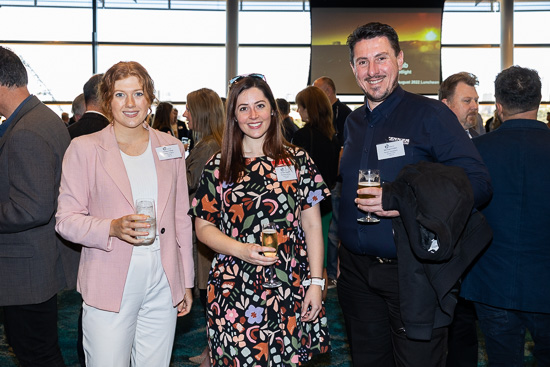 Explorers in the spotlight

The Explorers in the Spotlight luncheon was a revealing discussion. The panellists spoke about the small end of town’s delicate balancing act and what goes into uncovering and managing assets, in what are still essentially remote frontiers.

The often mentioned pipeline of projects is as vital as it was fifty-plus years ago, even more so today.

Ron Mitchell, Managing Director of Global Lithium, explained what classed his company as one of the “junior players”.

Ron isn’t a fan of the word “junior”.  ‘I think you’re either an early or advanced stage explorer, developer or producer,’ he says.

‘Typically, you’ve got a resource that’s economic and must be able to work through all the approvals processes, regulatory environment and so on.

Meanwhile, don’t get caught up in the red tape and keep a ‘line of site’ through the value chain.’

Felicity Repacholi-Muir from Indiana Resources, emphasised the importance of explorers. Ensuring before being on ground, getting native title, heritage and ESG right, and working directly with Traditional Owners.

‘Those relationships from the get-go are important’, she says.

‘They need to be collaborative; they’re the baseline of agreements, the key framework going forward throughout the years.’

Tom Line from Taruga Resources, agrees juniors are blazing trails and points to the opportunities of sovereign risk a key driver to rapid uptake of minerals like rare earths used in North America’s defence applications.

‘There is funding available from the US government to develop projects to directly feed into their supply chain and reduce that risk.

‘It’s not as big as electrification and solar farms, but is a strong market.’

Junior’s aren’t seeing the love from investors right now; Tom says they will, but will they want it?

‘Sharks are already circling and they’re looking at what are strong tasty little assets that are undervalued by 30 – 40%.

‘Although it’s mostly market sentiment around geopolitical issues like the South China Sea and the war in Europe, expect share dilution.’

‘We have an abundance of the elements in Australia, it’s ripe for the global market, and we have to take everyone along on that story,’.

‘It requires effort and going direct to the community end users early on and presenting your vision of what your company can do for them.

‘And we need to look beyond direct shipping, even of concentrate, and doing far more beneficiation on-site and elsewhere.’

As the tech-metals frenzy continues, the pipeline is being squeezed even further.

It’s frenetic out there. Explorers are drilling more holes, many on historic leases, all being closely examined by multiple new eyes.

Ron Mitchell, obviously thrives on the pace, being and having skin in the game.

‘How do you become a successful explorer or junior in the first place? Well, you have to just start and then don’t stop; be an entrepreneur. Just do it and don’t stop doing it.’