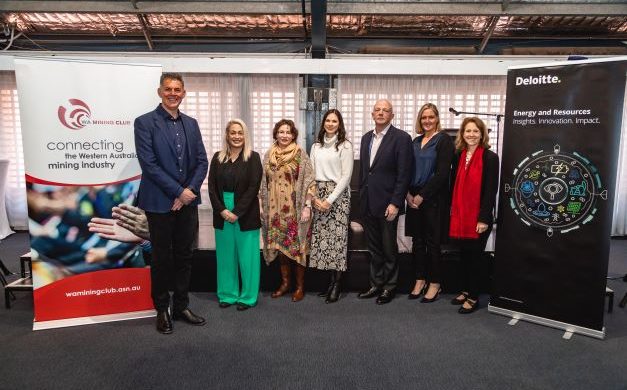 Safety is an overriding theme in mining. For the first time in its 50-year history, the WA Mining Club joined forces with industry consultants Deloitte, where Deloitte launched their report Safety 4.0: A new horizon for mining safety.

Held in Kalgoorlie-Boulder at the recent Diggers and Dealers mining forum, it was a first for both the club and president Nat Taylor, who says with knowledge sharing as a critical plank of its policy, the breakfast forum was a natural fit.

A broad-ranging panel discussion looked at the different areas, drawing on the professional experiences of the four speakers.

Kate Barker, the head of Risk and Compliance at IGO, says that the company reimagined its safety framework a few years ago.

‘We launched a safety improvement focussing on controlling major hazards and upskilled the leaders on the safety frontline.’

It’s also essential to be across significant Legislative changes such as the national harmonisation of occupational and health laws.

‘That means that in WA, there is now the introduction of criminal liability   for industrial manslaughter, where you can be criminally liable if you fail to protect your workers.’

Psychological safety has been highlighted in the recent government report ‘Enough is Enough’ on sexual harassment in mining.

But Deloitte partner Kellie Properjohn, a former Assistant Police Commissioner, says it’s much broader than that.

‘This is about creating environments and cultures where people are free to speak openly, being able to speak up at meetings.

‘Some don’t for fear of pressure around job retention, maybe promotion and recognition reward.’

With more contractors on-site than ever, Liontown Resources implemented specific recruitment parameters to include psychological safety.

‘We want to provide them and expect those high standards from everyone; employees, contractors and visitors.

‘And we definitely need better screening,’ he says.

‘Employees tell me that outside the gold industry, which does it well,  basic screening, including police checks, aren’t really prevalent in our industry.’

Luke Forsyth, a Deloitte partner in Cyber and Strategic Risk, warns companies are increasingly under cyber-attack and need to protect themselves and be prepared to deal with the fallout of an attack.

‘In the report, there’s an example of a company with a communications strategy prepared before a privacy breach to communicate effectively with their staff, shareholders, and the board.

‘It was in the news media cycle for three days. They didn’t lose staff, customers or board members.

‘A similar-sized company also had a severe privacy breach; they lost their chair, their CEO, one-third of their customers and half of the staff in customer roles.

‘A cyber attack can take a heavy psychological toll.’

The WA Mining Club thanks Deloitte for the opportunity to join forces on such an important area.