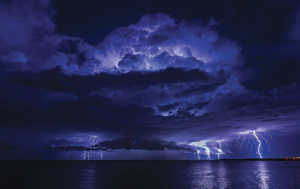 Lithium is an important component in energy storage systems and electric car batteries. As such, it continues to interest investors, with prices for the commodity having climbed strongly of late, and the jostling for position amongst existing and would-be producers palpable. With this level of buzz around, the airing of a few questions seems timely, both about the sustainability of the growth, and the comparative merits of the likely contenders meeting that demand. Here to provide a balanced appraisal of how bright the sector’s prospects may be, and the power-board they are plugged into, is Macquarie Group’s Bevan Sturgess-Smith.

If you talk to any taxi driver, barber or neighbour at a barbeque in recent times, and mention share market activity – you will be bound to hear of the successes in punting on lithium stocks. It is the next gold, uranium, or iron ore. And when electric car manufacturer Tesla forecasts significant increases in production in coming years, it serves to reinforce the excitement for lithium investors. There has certainly been a lot of hype surrounding lithium and lithium stocks in recent months. As a result of the commodity price increasing significantly, however, a more detailed analysis of the underlying dynamics of lithium supply and production suggests a more stable but still relatively elevated lithium price in coming years. In an environment where many commodities are struggling for any consumption growth, lithium has a most compelling demand story. New energy vehicles (NEVs) and energy storage systems (ESS) use lithium as a base component, and the growth in demand for these items leads to a forecast compound annual growth rate (CAGR) in lithium demand of 9% to 2021 (source: Macquarie Securities (Australia) Limited). At this point, demand for lithium from the production of ESS and NEVs would be one-third of all lithium demand, versus one-tenth today.

The result of this current and expected demand has seen the price of lithium increase 50% since the start of 2015 to now being approximately $7,000 per tonne. Macquarie’s analysis suggests lithium supply will remain tight through 2016 and 2017 and on an 18-month view, have a target lithium price of approximately $8,250 per tonne. This equates to an average price 16% higher to current price and 75% higher than the 2015 early year price. Interestingly, there is no exchange-based market for lithium. Prices are negotiated directly between producers and customers. The equity market reaction to the lithium demand and associated commodity price rise has been fast and exhilarating. Those companies already or close to producing lithium have seen their share prices spike significantly on the expectations of greater revenues and profits, while lithium explorers are attracting significant interest. In fact, companies who had previously seen some signs of lithium in exploration results have dusted off the old information and presented themselves as new opportunities to participate in the lithium ‘boom’. So much so, that in the month of May 2016, 28 ASX-listed companies announced a change of focus to lithium exploration/production. Investor capital has followed this excitement with share prices being pushed up by keen lithium investors and capital raisings by companies to support new lithium exploration being very well supported. The frenzied interest in lithium exploration, results and production is a direct result of the expected demand growth for lithium. Interestingly, the supply side of the equation suggests some caution on expectations of continued significant price increases for lithium. Structurally, lithium has no supply-side constraint. The four current largest producers control approximately 90% of global output, and are currently producing well below capacity, possibly, in an attempt to support the lithium price. This has worked so far, however there is a swathe of new capacity planned from 2018 which is looking increasingly viable based on current lithium prices. New high quality projects require lithium prices in the $5,500-6,500 per tonne range. To maintain their current market share, those current large producers could raise volumes with the associated potential price reaction of keeping new entrants out of the market. In addition, forecasts indicate that the existing global production plus the two Australian mines starting this year could theoretically meet all projected demand growth. As a result, lithium prices could reach a turning point in late 2017 and then start heading lower, potentially making the many projects not yet under construction or in the ‘pipeline’ less viable. The resources sector has precedents for this situation in potash, uranium, rare earths and even iron ore – where a small number of producers dominate supply. A rally in the commodity price on stronger demand and temporary supply tightness can lead to an influx of new entrants and supply that bring the commodity price back to more stable levels. So the race to move to lithium production is now a sprint. The two new Australian producers with projects at Mt Marion and Mt Cattlin have a head start on the plethora of other companies looking to move to production of lithium. With forecast lithium prices set to be around $8,250 per tonne into 2018, the current major producers and two new Australian entrants should remain viable and profitable. And given the expected continued demand for NEVs and breakthroughs in lithium hungry ESS developments – the demand side of the lithium market is still forecast to have positive demand growth for many years to come, giving the newer industry entrants some blue sky potential.