Megan Anwyl is one of WA’s most experienced corporate strategic advisers and government relations specialists in both state and federal spheres. A former lawyer, Member of Parliament (MP) and registered lobbyist, Megan was a Director of the Esperance Port Authority for six years and currently  co-chairs the Energy and Resources Committee of the Australia China Business Council. She was the first woman elected in the Goldfields, and has five years parliamentary experience as the state member for Kalgoorlie. In this article, Megan discusses why the resources sector needs to forge greater support of the wider community in an increasingly volatile political environment. 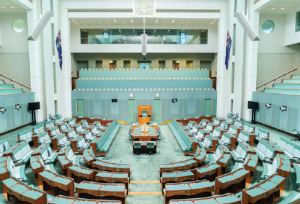 Our federal parliament’s three-year maximum terms without fixed election dates – called at the discretion of the ruling parties – do not assist with long-term planning and rational decision-making at the best of times. Additionally, governments are less likely than ever to be re-elected given the strong rise in voter volatility. I am a strong advocate for fixed five-year federal terms, and would like to see this reform addressed on the national agenda. In these times of ‘doing more with less’, due partly to increasing global uncertainty and competition for investment, we must set up a system that optimises enduring outcomes and considers how to best achieve political stability. Western Australia must also compete strongly against the other states’ interests. There is clear evidence that Australian voters are disenchanted with the major political parties. The trend of changed political allegiance from one election to another has increased over the last decade, with statistics showing that up to 50% of voters will change at any election. Fifteen years ago, that figure was more like 20%. One in four voted for a senator not from major parties. First term governments lost in Victoria, Queensland and the Northern Territory. Federally, we have a coalition government with a majority of just one seat (last seen in 1961). The speaker can vote only if there is a tied result, so things are very tight with 20 of the 76 senators not from major parties. Meetings during sitting weeks leave corporate visitors to Canberra perplexed, with even the most senior ministers having to rush for a vote when the bells start ringing. The uninitiated guest may believe the rush exit is due to a fire alarm, and wonder about the lack of care for visitor safety! Reasons for voter disenchantment with the major parties are complex. However, polling suggests that voters are worried about their jobs and the economy in the face of rapid disruption and global change. Immigration, border security, the demise of traditional industry sectors and changing local conditions have been noted as reasons for the surprise ‘Brexit’ result, the rise of Donald Trump in the United States and the return of four One Nation senators in Australia. Voters are frustrated by a lack of attention to vital issues. Research shows that voters identified the Coalition’s failure to decisively deal with the marriage equality issue as a major reason for disapproval. Voters may not support law reform, but they do want to see a decision. There are also clear patterns of increased community distrust in government and major corporations. Another major factor is that voters now have different ways of absorbing information to inform voting choices, or their view, on any issue including the resources industry. Third parties are stepping up their campaign techniques and applying them to voters that react favourably to this style. For example, during the last federal election campaign, the independent movement group GetUp! spent approximately $3 million campaigning on issues important to its members such as climate change, funding for hospitals and schools, marriage equality and supporting asylum seekers. Over eight weeks, GetUp! volunteers made calls to undecided voters and handed out over one million how-to-vote cards to support candidates with aligned policy positions to the group’s members. Around 35,000 people donated an average of $81 to fund GetUp!’s efforts. Former Resources Minister Ian Macfarlane was quoted as saying, “The activist movements will play a bigger and bigger role. I’m not sure we in the Coalition have got our counter to GetUp! but by geez we’re going to have to find it.” (Australian Financial Review, 28 September 2016). The same applies to every political party and major industry. During this volatile time of increasing political uncertainty, the resources sector must work harder than ever to maximise community support. During the latter months of 2016, sections of the resources industry were gearing up for a public campaign against the proposed policy by Nationals WA to lift the State Agreement imposed mining taxes paid by the two major iron ore miners, BHP Billiton and Rio Tinto. Polls are showing strong public support for the move, which is partly why the Nationals are pushing it. If the majority of regional residents in WA believe companies should pay more tax – what hope is there to persuade east coast city dwellers otherwise? It is clear the public have polarised views about the mining industry. Look to divestment of fossil fuel campaigns, anti-fracking activism and the power of frequent online petitions run by Change.org and others. So, will we see mining companies and others associated with the sector directly contacting or lobbying voters in the future? Watch this space. With increased cynicism by the voting public towards a great deal of issues, it is crucial for the resources sector to demonstrate it is an integral part of Australia’s future, and therefore maximise wider community support going forward.