Action, not talk, is needed in the future of mining and energy 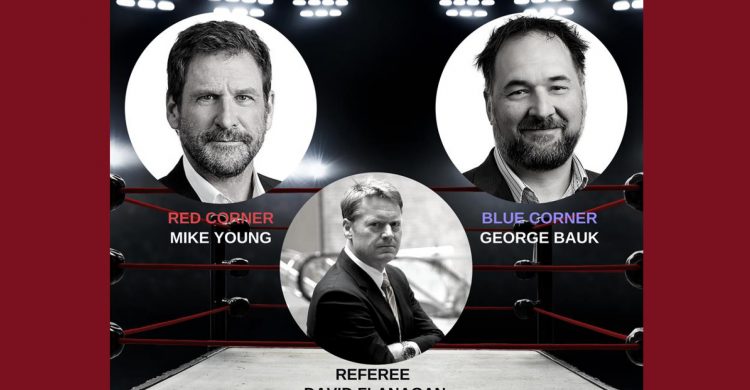 Action, not talk, is needed in the future of mining and energy

In a bruising encounter, some of the big energy questions facing miners and policy makers in Australia were addressed in the WA Mining Club’s “Let’s Talk About Mining and Energy” livestreamed panel event last month.

As the shift toward alternative energy solutions gathers pace, questions are being raised about what is the best non-fossil fuel energy source.

Mr Young said ignorance is keeping Australia from the full benefits of its rich uranium reserves.

“Nuclear power is growing around the world, and it seems to me that we ship a lot of the material out of Australia,” he said.

“But there just doesn’t seem to be value-adding to it.

“We’re the only country in the OECD that doesn’t have nuclear power.

“We just have this sort of ingrained opposition to nuclear energy, which to me is frustrating because if you look at the pure science of it, it literally is the cheapest, safest, and best clean energy there is on Earth.

“So, look, I think the world is going through a massive sea change, because Western Australia is well-placed to leverage off the requirements for clean energy.”

Mr Bauk said the real challenge is to get people to participate and take action in shifting toward cleaner energy sources.

“We’ve heard a lot of rhetoric, a lot of talk about all of this clean energy, but now is the time for action to be taken,” he said.

“We need governments to step up around the world and actually back what we all believe and want to see.

“The electric vehicle (EV) revolution has just not hit the ground as we’ve expected.

“Everyone sees it as cool and all the rest of it, but you go down to the local car sales yard to buy a car and they’re going to tell you to buy a petrol-based car because the EVs and hybrids just don’t make economic sense.

“So, we’ve really got to make sure that we actually back what we believe and we’ve got to change the rhetoric and get away from a lot of the noise and talk and actually make it happen.”

Mr Flanagan said that although Western Australia is home to some of the greatest mining technology and skills, and the most ethically produced minerals in the world, it is not translating to sufficient investment in alternative energies.

“There’s an opportunity to fuel and drive energy solutions of all sorts, but it’s just not happening,” he said.

“There’s been about $US300 billion of investment in alternative energies, right, but each year there’s about $6 trillion pumped into the existing energy mix.

“If both of those opportunities to transform into new energies were so cost effective, were so ethical, and were so sustainable, why isn’t it happening?”

Mr Bauk attributed some of this to the less ethical rare earth production in other countries, such as China.

“They’re using in-situ mining methods that are doing more damage than what the product actually delivers to the planet.

“In this wonderful State, we’re trying to actually do something different.

“Everyone talks about being environmentally friendly and ethical, but we forget that the people in the procurement departments aren’t following up and actually aligning what their actions are with the practices that are happening.

“It’s all about ‘show me the money’ as opposed to long-term sustainable futures.”

In relation to uranium, Mr Young said it was the strong emotional aspect that is keeping Australia from adopting nuclear energy.

“Most people are informed by the Simpsons, Spiderman, Godzilla,” he said.

“You know, the central thesis of Spiderman – a radioactive spider can bite you and it somehow alters your DNA – is just a complete crock of you know what.

“So, you know what happens. Popular culture sort of made uranium and nuclear power to be the bad guy, and people conflate nuclear energy with nuclear weapons and there’s just no substance to that; but it’s very emotional.

“So, when you look at the facts, just scientifically and emotionally nuclear just wins hands down and it’s frustrating to me that people can’t see that.”

Mr Young also addressed the misconceptions around the danger of running nuclear plants.

“If you Google ‘safest electricity’, you’ll find nuclear. No one died at Fukushima; 56 people died at Chernobyl. Maybe another 200 might die from thyroid cancer, but they’re within the statistical error.

“Large areas certainly were evacuated, but if you look at the United Nations reports on both those accidents, you’ll find that the numbers that a lot of green groups use, which range from 30,000 to a million deaths, are just completely wrong.

“The thing is nuclear energy produces so much power that unfortunately when you’re looking at statistics you divide the amount of power by the number of death’s that’s been caused and it’s quite low.

“I mean there, there was an accident in China where a hydroelectric dam collapsed during a cyclone and 16,000 people were killed and 11.5 million people were left homeless.

“This didn’t get reported until about 2000, and by that point no one cared.

“There’s this asymmetrical symmetry that people apply. Their filters are skewed and biased, and if you actually look at it dispassionately and scientifically nuclear comes up as the safest energy source.”

Mr Bauk agreed that the divide between facts and rhetoric is a major issue in transitioning to alternative energy.

“Mike talks about all the science and all the rest of it, and there’s probably a lot of people listening in on this that will agree, but perception is reality,” he said.

“People are listening to the opposing argument, so how do we change that?

“It’s also fascinating what Mike talks about, ‘uranium is cleaner, it’s this, that, and the other’, but it just doesn’t seem to be hitting the population.

“The people on the other side of the argument are watching Chernobyl and getting more interested than the people that have a science background that turned it off because it’s flawed, but we’re not winning the argument.”

Both men agreed that the best way to change the rhetoric about alternative energy is to start with the younger generation but had differing views on how to reach them.

“We need to go to the kids and ask them ‘if we want to get a message to you online, what’s the best way to do it?’ and then listen, and then go and do it,” Mr Young said.

Mr Bauk said: “Steve Jobs didn’t ask us if we wanted an iPod; he convinced us of the benefits of an iPod.

“I think there’s got to be a mix of using the social media platforms, but at the same time I think we could go to the old-fashioned storytelling.

“So, I think we’ve got to tackle it from many fronts, but we keep talking about it.

“We have just got to go and make it happen. We’ve got to start the process yesterday.”

Mr Flanagan made several salient points around talking about change and changing actions and work practices to deliver change.

“The global energy supply chain right now is worth somewhere between $60 and $70 trillion. It’s the single biggest business out there in the world.

“It has got more opportunity, and more inertia than anything else in the world.

“Before Steve Jobs came along, there was a view of what a computer was. He challenged it, created an amazing amount of wealth and opportunity and prosperity.

“Elon Musk: prior to him coming along there was a view on what cars were and what space travel was and he challenged that momentum and created massive opportunity.

“The energy business in its current form is far bigger than any of those other challenges taken on.

“If you look at the scale of that opportunity, surely the massive economic opportunity open to business to go and challenge it and to also participate in delivering a sustainable future must be massive.