Top trends for the upcoming year 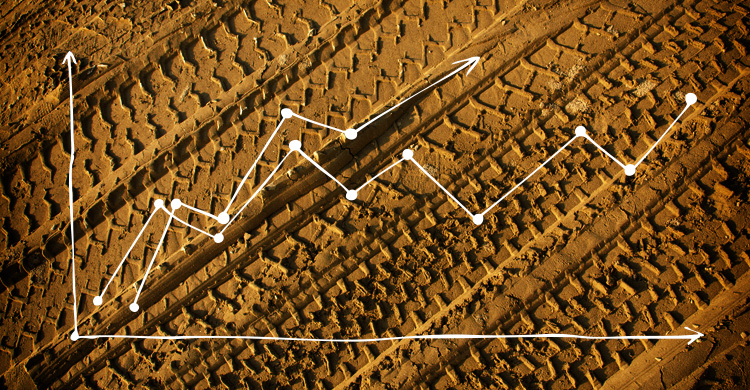 Top trends for the upcoming year

Staying true to its annual tradition, Deloitte’s Tracking the Trends report looks at the mining sector’s key challenges for 2016.

Identifying challenges in the current market may be akin to finding sand at the beach, but Deloitte’s report still provides worthwhile reading.

“Most industry veterans agree that this is just another cycle,” the Tracking the Trends report reads.

“A painful cycle, to be sure, but one bound to end once the spectre of commodity shortfalls becomes reality and demand – from India, Southeast Asia and even Africa – once again outstrips supply.”

Like most, Deloitte is reinforcing the mantra that while its tough at the moment, the nature of the mining sector is that it is cyclical and, just as the sun rises each day, the market will recalibrate.

Just when this may happen is the main uncertainty. In the meantime, Deloitte has pinpointed key questions miners must ask with its own suggested answers. We’ve taken out the key ones, you can read the rest in the full report.

Miners have spent the last few years reciting commitments to productivity. As a result there have been enterprise-level improvements which, Deloitte says, have all the major players targeting billions of dollars in embedded cost savings. “But that doesn’t mean companies can afford to get complacent about cost control,” it says. Instead, miners now need to look at other areas where they can save a dime, such as implementing renewable energy solutions and also learning from other industries. Suggestions include reforming labour relations and making use of data integration.

Once again innovation is highlighted as a “critical theme” for the mining industry. “Solutions once considered unviable or inapplicable to the industry continue to be adapted to suit the needs of mining companies.”  However, many miners remain at the early stage of the adoption curve. A key part of being successful with innovation is what Deloitte calls the ability to attract change agents; those people that can institutionalise innovation. Innovative strategies include collaborative ecosystems, digital workforce engagement, enhanced asset management and 3D printing and modularisation.

Looking for the silver lining

Miners must ask themselves what the positives are from the drastic change in China’s consumption. Deloitte refers to the fact that Chinese enterprises may be prompted to buy overseas assets before the yuan is further devalued as a result of fiscal reform. It says that currency weakness is already spurring a capital flight from China.

Adjusting to the “new normal”

Deloitte specifically refers to the fact that despite commodity demand slowing, output hasn’t followed suit with producers increasing goods going to market. “Majors are producing certain commodities, like iron ore, in a bid to consolidate market share,” the report reads. It says that the current tendency to over-produce is putting the future of the mining industry at risk as explorers are having a tough time justifying their activity and, as the project pipeline dwindles as a result, mining companies will be increasingly harried to meet future demand.

It’s not new but it’s perhaps more important now more than ever to carefully assess stakeholder engagement plans. “Miners interested in reclaiming their license to operate are coming to realise that a new form of stakeholder engagement is needed – one that balances the demands of multiple groups.” Deloitte has recognised key strategies including getting serious about social media, using the platform to listen as well as inform, demonstrate commitment and being prepared to walk away should the project become unviable.

We don’t need to go into too much detail – we’re all well aware of how coffers have dried up in recent years. But there are six key strategies Deloitte suggests for companies looking for cash; find unlikely partners such as EPC firms, commercialise dormant assets, collaboration to reduce administration costs, reducing debt levels, considering crowdfunding and seeking government funding.

Analysts have been predicting a pick-up in M&A for years but risk aversion appears to be stalling the shift, according to Deloitte. It’s the ideal time for companies (which can afford to) to snap up cheap assets. Suggestions for success include buying counter-cyclical and divesting wisely.