Mining sector challenged to sell itself to new workers 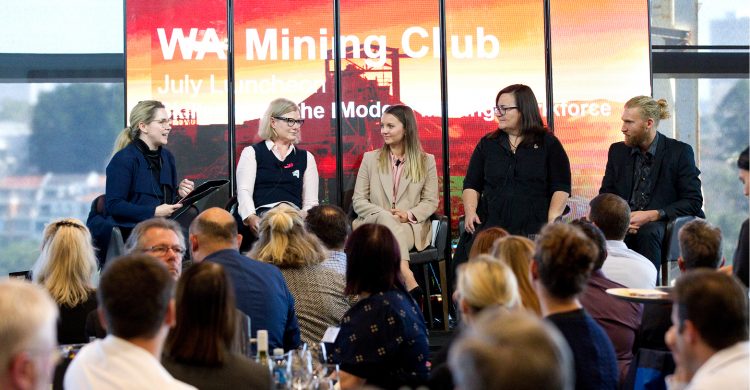 Mining sector challenged to sell itself to new workers

The resources industry has been challenged to fund mining-focused school camps, presentations and talks for school children as a tangible way of tackling outdated impressions of the industry and luring the next generation of employees.

Kalgoorlie School of Mines Director Sabina Shugg told the WA Mining Club’s July lunch the school could run more of its focus on mining camps if it had the funding.

Ms Shugg was part of panel discussion on the industry’s skills gap, attracting and retaining workers, and encouraging children and young people to look to the resources sector for employment.

“We need industry to support those sorts of activities for young people, whether they’re already in university, or they’re working, or they’re still in school, to get exposed to because it breaks down that barrier of (mining being) a dirty industry,” Ms Shugg said.

“Everyone here needs to be talking to their family, to the schools, and others.”

“One of the things we learned in the Women in Mining WA — and it has been running since 2003 — is promoting role models, because you can’t be what you can’t see. That goes beyond women, to minority groups and it even includes men.”

Ms Christensen said that while she was exposed to mining as she grew up in Queensland, she, like many other young people, “fell into mining”, and the industry needed to do more to educate young people of the vast employment possibilities the sector offered.

Ms Christensen studied civil engineering with an eye to designing bridges and buildings but then took part in a geotechnical engineering vacation program with Newcrest at its Telfer Goldmine, where she now works.

“When I talk to other young professionals across the industry, it’s very similar,” she said. “We’re just falling into this industry, by chance. Unless you’re a mining engineer you’re already set that you want a career in mining, but (that’s not the case) for all the other disciplines.”

She said the mining sector continued to suffer from the stigma that it was a dirty industry and more needed to be done to dispel those beliefs.

Ms Erikson said Roy Hill was involved in several initiatives to engage with graduates, and recently hosted a group of students who were interested in engineering.

“When they first come on site, they are very quiet, and by the end their minds open to how many different careers they can pursue, whether it be environmental, robotics, Indigenous relations, and it gave them an opportunity to ask some questions which aren’t generally asked, such as what FIFO life is like, and allows us to demystify some of that as an industry,” she said.

Valuing innovation, improvisation, resilience, having even-time rosters, and addressing social responsibilities through collaboration with groups such as Beyond Blue and the Breast Cancer Foundation all contributed to demystifying mining.

Mr Eales said the industry needed to be open to accepting that there could be new ways of doing things that could unlock value and be prepared to “take the blinders off”.

“When we’re looking at what the skill set looks like for the future, it is leadership,” Mr Eales said. “It all comes down to how well leaders can enable the team that they have working for them to deliver an outcome; that willingness to let go and let the team have a crack.”

He said enabling a team to have a go at finding a solution to a problem often created “really cool innovation”.

“We sometimes get caught up around looking at mining engineers and geos and those (disciplines) that are traditionally sitting within the sector.

“Our Nerd Herd is based in in Adelaide and is a super cool group. When they get to go to a mine site, they think it’s the most amazing thing that they’ve ever seen, whereas most of us will walk past the truck and not look twice. But these guys and girls want to go and participate, and they also get to see that they’re making a significant change.

“Every mineral we pull out of the ground has some impact on our life and so sharing that message with the team in Adelaide we’re actually getting a really cool following. It’s not that we’re supporting a dirty industry it’s that we’re helping an industry become better and do it better, and I think we miss that a lot in how we share the messages as miners.

“We can do a better job in enabling people to see that there is that opportunity to make mining really cool and take it forward.”