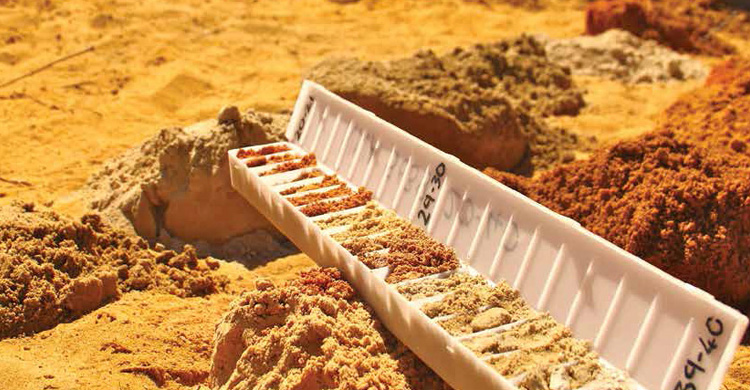 The limelight is shining brightly on an exotic mix of metals and minerals projects from vanadium-titanium to uranium, potash and lithium tantalite.

The uranium sector continues its bullish start to the year with Vimy Resources appointing GR Engineering as study manager for its Mulga Rock Definitive Feasibility Study (DFS). Engineering and procurement for the project is slated to begin in Q4 CY2016 and conclude in Q3 CY2017 with an investment decision likely between Q4 CY2016 and Q1 CY2017.

BC Iron is planning to extend a project in the Pilbara by developing a new open pit and extending two existing pits. The company is seeking approval to develop and operate a below water table iron ore mine at its Iron Valley Project in the Pilbara run by Mineral Resources Limited. It is proposed to commence construction in mid-2016 and commence ore extraction in late 2016.

Reward Minerals released a tender recently to cost the feasibility of upgrading a 250km section of the Talawana Track to its LD Sulfate of Potash (SOP) Project in the Pilbara.

Selection of an EPC contractor for a proposed $184 million lithium-tantalum project in the Pilbara is anticipated to begin in July with contract award by Q1 CY2017.

In announcing the Pre-Feasibility Study results for its Pilgangoora Lithium-Tantalite Project near Port Hedland, proponent Pilbara Minerals was bullish on the technical and financial viability of the project. A Definitive Feasibility Study is on track for delivery in Q3 CY2016, paving the way for finalisation of offtake agreements and project financing and start of construction in Q1 CY2017. Detailed engineering and design is expected to begin in September 2016 and take 10 months. Procurement is expected to begin in October 2016. A 13-month construction phase is anticipated to begin in December 2016 with a three month commissioning phase starting December 2017.

For full details on these projects and more – including project contacts – visit Projectory.