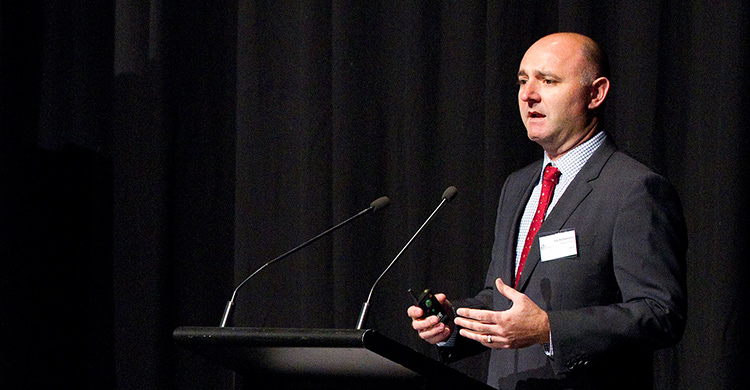 March was a big month for Western Areas, with the nickel miner launching a $70 million capital raise.

On the day the raise was announced chief financial officer Joseph Belladona shared the company’s plans at the WA Mining Club lunch.

On March 31st Western Areas announced to the market it was conducting a fully underwritten placement to raise approximately $60 million. On top of that, the company opened the opportunity for retail investors to get involved through a share purchase plan to raise up to $10 million.

It was a raise intended to “strengthen its balance sheet” and “provide greater financial flexibility to fund certain growth initiatives” the company said in a statement.

Part of its motivation was to enable the company to respond to any rebound in the nickel price, which managing director Dan Lougher said tended to happen very quickly.

“We want to make sure we are in a position to respond accordingly,” Mr Lougher said in the statement.

At the WA Mining Club lunch Mr Belladonna echoed Mr Lougher’s sentiment that there was no urgent need to raise cash, but it was looking towards potential need in the future.

“We are here to create value for our shareholders and do it in a sustainable way,” Mr Belladonna said.

He also said Western Areas was focused on not only making good investments, but making sure they were working for the company in the right way.

Part of this, Mr Belladonna said, was reaching an agreement with suppliers to reduce costs and keep them down. He said Western Areas liked to take an “opportunistic approach”, but there had not been a lot ot get excited about lately.

“We are still not seeing the high quality assets come on the market … we are expecting them to come on soon, but when they do we are not going to jump on them just because we can.”