WA in the driving seat of the lithium race 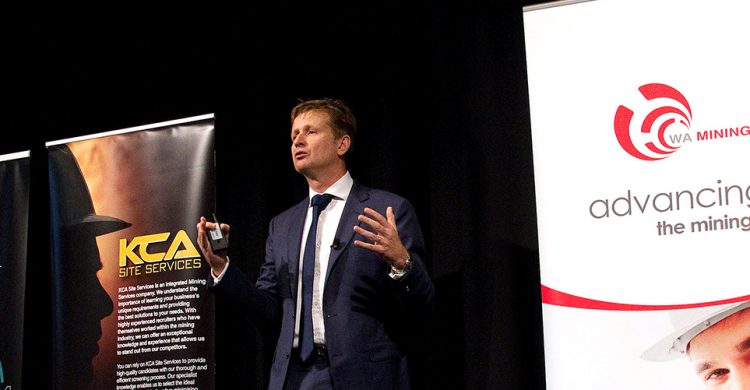 WA in the driving seat of the lithium race

During his presentation at WA Mining Club’s March luncheon, he used the unlikely example of iron ore purchasers demanding higher grades overnight to demonstrate his point.

“Imagine a situation where clients went to iron ore producers in the Pilbara and said, ‘we want you to produce 65 per cent iron’. They might be able to do it, but they certainly will struggle to do it at today’s cost.”

“That is exactly the situation we have right now in the raw lithium materials world,” said Brinsden.

While Morgan Stanley recently forecast that the price of lithium carbonate will fall from US$13,375 per tonne to $7,332 per tonne by 2021, Brinsden was quick to point out the limitations of the report which in his view is that they are starting from the wrong base – industrial grade lithium sourced from brines.

“If you rewrite the cost curve to battery grade, especially if you skew it towards lithium hydroxide then brines are way up the cost curve.

“I am of the view that hard rock lithium will be the preferred source of supply for the battery industry as a function of its cost, quality, continuity of supply and low jurisdictional risk – especially when it’s skewed towards lithium hydroxide which is where high-powered battery manufacturing is headed,” said Ken Brinsden.

Construction of the company’s $234 million, 2mtpa Pilgangoora lithium-tantalum project 120km south of Port Hedland is in full swing with first shipments anticipated before the end of June.

While the Company has “attracted the cream of the crop” in partners in this project including two of China’s biggest players – General Lithium and Ganfeng Lithium – it’s one of its more recent deals that represents yet another significant shift in the rapidly changing industry.

Great Wall – China’s largest supplier of SUV’s – have decided to go straight to the source with a $28 million equity subscription representing the first direct investment by an automobile manufacturer into an Australian upstream supplier of raw lithium materials.

“Given the speed China is moving there is a good chance that we will be buying relatively cheap Chinese EV’s (electric vehicles) in a relatively short period.”

He said a $30,000 price tag for electric vehicles was considered the tipping point, but he believed prices could fall to $10,000 within years as battery technology improved rapidly, and the price of units fell.