Are Australian mining companies equipped to do business in Asia? 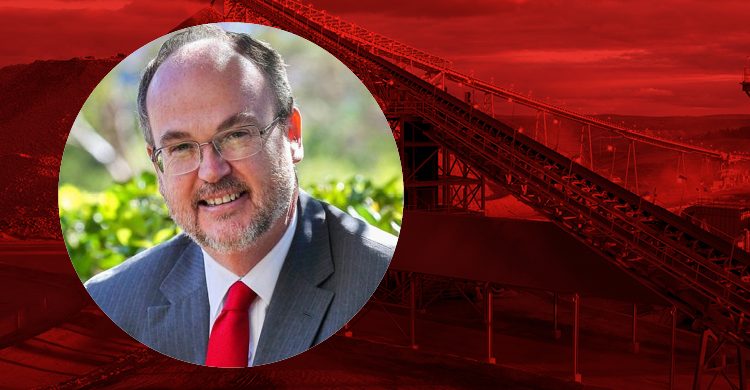 Are Australian mining companies equipped to do business in Asia?

By The Hon. Bill Johnston, Minister for Asian Engagement, Mines and Petroleum MLA.

The vast majority of Australian businesses, and even a majority of our business professionals, are not yet ready for the opportunity of economic engagement with Asia.

Ninety per cent of ASX 200 companies are not Asia ready, when assessed against six key Asia capabilities.

This includes a sophisticated knowledge of Asian markets, experience operating in Asia, long-term trusted relationships in the region, ability to adapt behaviour to Asian cultural contexts, and capacity to deal with government and language proficiency.

Only nine per cent of Australian businesses are currently operating in Asia and only 12 per cent have any experience of doing business there.

We must strengthen our relationships and increase communications with our Asian neighbours by broadening our understanding of Asian cultures and languages.

The 2016 Census identified the fastest growing overseas birthplaces as the Philippines, India and China.

The Census confirmed a growing Asian diaspora in WA, with valuable skills, knowledge, connections in their countries of birth that can benefit our Asian Engagement cause.

Part of the McGowan Government’s jobs-focused agenda is broadening and enhancing the capacity of Western Australia’s industries and workforce to respond to the economic growth in Asia.

To be “Asia ready” is to be prepared to seize the opportunities from the economic shift in our region.

Over the past two decades, we’ve seen a global economic power shift; by 2050 it’s predicted that China, India and Indonesia will form three of the seven largest economies in the world.

The rapid urbanisation and growing middle class in Asia presents new opportunities for Western Australian businesses, particularly if local talent is used to access those opportunities.

As a community, we need to understand the changes taking place in our region and be prepared for the opportunities ahead. Increasing our understanding of the differences between Australian culture and the wide variety of cultures across Asia is vital to becoming “Asia ready”.

Our long history of welcoming foreign investment and trade, and our stable regulatory and investment environment has made Western Australia a very attractive place to do business.

We are world-leaders in mining equipment technology and services, with almost 60 per cent of mining software produced in Western Australia.

We have demonstrated industry capability for finding new applications for that technology in a variety of other industries.

But we’re more than just a resources state.

We’re targeting the export of other high value services, such as international education and tourism, to the rising middle class in Asia.

The Government made significant financial commitments to support this agenda in the 2017-18 State budget.

These include $800,000 for an annual ASEAN dialogue, $750,000 to establish an Asian Business House, and $1.2 million to promote Western Australia’s priority sectors in Asia.

“Mining and resources companies should encourage their female staff to view their careers as long-term.

Supporting more women to access roles in the sector isn’t just the right and fair thing to do, it’s also good for the balance sheet.

Achieving gender balance will lead to better performance and more effective governance, while also creating stronger connections with the community.

Minister Johnston will be presenting at the WA Mining Club’s ‘Miners on the Move’ Luncheon, Thursday, 28 June 2018 at the Hyatt Regency Perth Grand Ballroom from 12pm.