How the 2018 State Budget will affect the WA mining industry 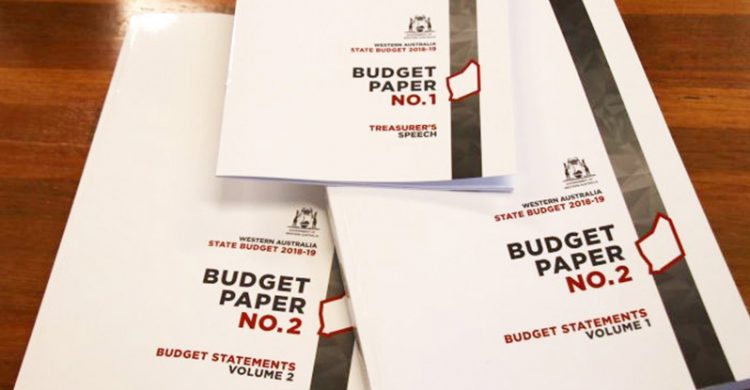 How the 2018 State Budget will affect the WA mining industry

For the second time in eight months, the WA Labor Government handed down its state budget. While the McGowan Government’s latest financial plan may have been critiqued as ‘boring, bland and workmanlike’ by various commentators, there were a number of interesting items inside it that could impact the mining industry.

The Budget is forecasting to raise around $25m in revenue from this measure over the forward estimates period, “to be reinvested to support training in Western Australia”.

The McGowan Government will remove the resource industry’s long-standing exemption from contributing to the Building and Construction Industry Training Fund (BCITF) to support training and skills development for the State’s construction workforce.

The BCITF levy currently applies to all residential, commercial and civil engineering projects undertaken in Western Australia, where the total value of construction is estimated to be more than $20,000.

The levy is invested in training incentives and support for employers of apprentices and trainees in the building and construction industry.

The resources industry has been exempt from the payment since 1995. Once the exemption is removed, the resources sector will also contribute the 0.2 per cent levy for engineering construction work, excluding mining operations.

“It recognises the importance of apprenticeships and traineeships in helping Western Australians gain the skills they need to secure jobs in the future.

“Creating additional training opportunities for Western Australians is key to ensuring we are well placed as the State’s economy grows and diversifies,” said Education and Training Minister Sue Ellery.

The WA “exploration incentive scheme” will continue, however, will no longer be funded through the “Royalties for Regions” program.

The scheme will now be funded through a 6% increase in tenement rentals charged by the Department of Mines, Industry Regulation and Safety.  Rental on exploration licences in their first three years will only rise by 1.5% in 2018-19 and 2019-20 to minimise the impact on early-stage exploration activity.

This does represent an additional cost for the industry as a whole, but the continuation of the scheme along with the recent Federally-enacted Junior Minerals Exploration Incentive is a welcome support in the quest for “mines of the future”.

The scheme has been extended from 2019-20 to benefit the Western Australian mining and resources industry and is available for companies seeking support to explore mineral deposits and frontier petroleum basins in remote underexplored regions.

Historically, for every $1 million invested through the EIS, the scheme generates $10.3 million in exploration activities.

“The McGowan Government has been a strong supporter of the scheme and to safeguard it for the benefit of industry, and it needs to be funded effectively.

“The EIS greatly assists mining and resources exploration in Western Australia and supports a range of employment opportunities. It is pleasing that certainty will be provided for the mining and resources industries on the continuation of the EIS,” said Mines and Petroleum Minister Bill Johnston.

The budget associated with regulating and supporting WA’s resources sector is approximately 54 per cent funded by taxpayers, while 46 per cent is funded by mining and resources companies.

Status of Placer Dome vs WA Commissioner of State Revenue

The Budget papers also contain some commentary on the status of the Placer Dome case, due to be heard by the High Court in Perth in June 2018.

“For the uninitiated, the Placer Dome case concerns how WA duty should apply to the acquisition of a mining company, but has potentially broader ramifications to how mining and related assets should be valued for other purposes,” Matt Budge, Partner, PwC Australia.

No allowances are made in the Budget for the potential outcome of the High Court Decision, but the following comment is contained in the papers:

A recent decision by the Western Australian Court of Appeal relating to the acquisition of a controlling interest in a landholder entity may have consequences for the magnitude and timing of receipt of revenue from similar high-value transactions in some circumstances. An assessment of tax remains valid until all review proceedings have been discontinued or otherwise finally determined. An appeal by the Commissioner of State Revenue of the Court of Appeal decision will be heard by the High Court in June 2018, with a decision expected in late 2018. Any risks to the revenue forecasts are dependent on the outcomes of this hearing, as well as any actions that may have to be taken to mitigate those risks.

“A loss in this case by WA Commissioner of State Revenue could have serious revenue concerns, and therefore the WA Government will be monitoring this very closely,” continued Mr Budge.

The Budget is also introducing an improved cost recovery model for environmental regulation to speed up approvals, grow the economy and create jobs in line with common practice in other jurisdictions.

These changes will address delays in environmental approvals decision making by driving efficiencies and improving service delivery in the Department of Water and Environmental Regulation.

They will also ensure that industry is paying its fair share towards regulatory activities, which is critical in the State’s current fiscal environment.

The improved cost recovery for environmental regulation services will generate an additional $19.4 million over the next four years for the agency.

About 57 per cent of the additional revenue will be used to employ additional staff in environmental regulation and compliance functions.

The treasurer used his speech to warn WA gold producers that a potential royalty hike is still a possibility for the Government.

“In last year’s Budget we committed to a 1.25 percentage point increase in the gold royalty rate, reflecting that the gold sector’s discounted royalty rate equated to just half of the benchmark return for all other commodities,” Mr Wyatt told State Parliament.

The increase would have cost gold miner’s around $14 an ounce.

“Since that time the gold price has risen by $142 an ounce, completely undermining the claims that a rate increase would have hurt the industry and cost jobs.

“While the Government is not seeking to reintroduce the royalty increase in this year’s Budget, we believe an increase in the rate remains justified,” said Treasurer Ben Wyatt.

The WA Mining Club’s associate partner, the Gold Industry Group, is keeping a watchful eye on these developments.