Too cool for school: Attracting the next generation of employees to the mining industry 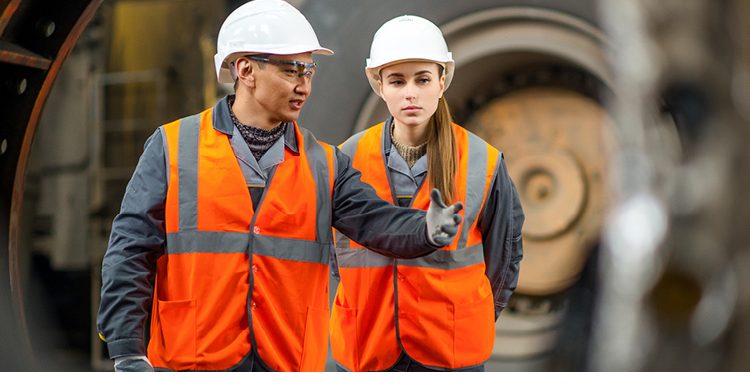 Too cool for school: Attracting the next generation of employees to the mining industry

It struck me as a touch ironic to be called a ‘mining scab’ by a teenager toting an iPhone (tungsten, tantalum, gold, cobalt, lithium), who was wearing Levi’s (copper), while listening to headphones (copper, gold) at a mining conference in Melbourne last year.

The scene was mildly amusing and more than a touch confusing. Importantly it’s given me plenty of food for thought since.

Mining has a massive issue around attraction, and for me, it’s the most pressing issue in the industry today. We’re just not getting school-aged people interested, and it equates to some of the lowest mining-related university intakes in this country’s history.

What we’re seeing is massive resistance from school age students towards STEM subjects. There’s a divide between what kids see as ‘cool and interesting work’ and an understanding that science, technology, engineering and maths are the vehicles that will get you there.

The issue for the mining industry, at a grassroots level, is that STEM subjects are essential subjects for entry into many of the critical roles required to keep mining operations running.

It’s a real concern that we’re not doing enough in terms of education or promotion when it comes to mining and what’s required to get there. Here are four critical perception issues for the mining industry at the moment;

Facebook, Google and Silicon Valley aren’t the only places innovation and technology live

The reality is that much like my tech packing schoolie, nearly all millennials I speak to regard mining as an old and bland industry. So, who do they want to work for? Bright, shiny and cool tech companies like Google and Facebook. Why? Because they promote their commitment to progressive and innovative technology, work and working environments. Mining does that right? Yes, but are we pushing it at school level? No, not nearly enough.

If we want to get people’s attention why don’t we start by talking about robotics, automation and the potential use of AI? We’re currently seeing things such as centralised site automation, alternative energy powered equipment, three-dimensional mapping technology, X-Ray diffraction, rail system automation, mining simulators and virtual reality to name a few.

Mining in our everyday lives

Unless we’re thinking of going full Captain Fantastic and living off the grid, mining and the products we derive from it are essential to our modern-day life, but there seems to be a disconnect between what people think and what they know when it comes to this?

Almost without exception, every single one of us utilises the products derived from mining, from the time we get up, to the moment we tuck in at night.

We can’t have it both ways. Mining Grrrrrr + iPhone Mmmm! = Does not compute. Let’s lay it out on a platter for them at school.

Mining is not a dirty word

Ok so the guys at the conference were protesting because of what they see as ‘the irreversible environmental damage that the mining industry is causing in Australia,’ or at least that’s what was on the banner.

This leads me back to the question of education. Are we educating school-aged students just how much cleaner mining and processing is nowadays, how much smaller our carbon footprint has become and just how effective land rehabilitation is?

With the advent of more sophisticated technology we have reduced the overall footprint of mining operations, we’ve cut the amount of waste produced and stored and just as importantly we’re maintaining biodiversity better than ever by transplanting or culturing endangered plants. We are also using cleaner production techniques and environmental control technologies than ever and reducing waste through process re-engineering. No, the impact isn’t at zero, but the scales of the positive benefits versus the negative effects are much closer to neutral as we have ever had them.

Mining isn’t the antithesis of community, diversity and inclusion

Like any industry, some organisations do it better than others, but there is no doubt that the mining industry has a massive vested interest when it comes to ensuring that their operations positively impact the community and that they continuously work on promoting diversity and inclusion. Company policy for nearly all mining organisations reflects this. Again, it’s not perfect, but there is a massive push which has seen the following benefits:

Having an exciting, dynamic and progressive industry is excellent but not promoting it enough won’t ensure it thrives and continues to facilitate our way of life in this country.

This is a collective problem, and it requires a collective effort. We have a real opportunity to change perception and get kids interested in the industry, or we risk leaving it to those who may not share our point of view.

Initiatives like the WA Mining Club School’s Program are examples of the sort of thing we need to be doing on a much larger scale. I would encourage you to lend your support to the cause and to support organisations who are making a go of these sorts of initiatives or we’re going to be left up halls creek without a sparkie.