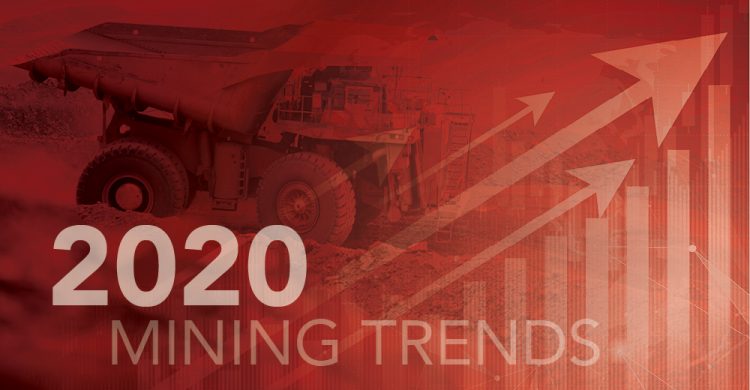 The mining trends for 2020 are in – with a slew of reports highlighting a range of risks and opportunities facing the industry in the year ahead.

And while there are variations, five main themes emerged: social license to operate, technology, partnerships and joint ventures, diversity and inclusion, and environmental concerns.

It was a theme taken up by Newcrest Mining’s Michael Nossal in a keynote address at last year’s International Mining and Resources Conference in Melbourne.

“We have to walk into new communities, sit with new governments and set out how we operate and basically pass that test every time we look at moving into a new country,” he said.

“But we actually have to deliver on these promises from the very beginning.”

Deloitte believes that mining organisations need to embrace a commitment to value beyond compliance if they are to maintain investor trust.

One company embracing this value beyond compliance is Anglo American. Its Sustainable Mining Plan focuses on building trust as corporate leaders, maintaining a healthy environment, and creating thriving communities.

The plan details Anglo American’s five-year site plans to reach its goal of sustainable mining and lists the milestones that will show its commitment to this goal.

“In the future, when someone refers to ‘mining’ I hope they see a picture of people doing valued work in a cleaner, smarter and more socially responsible way, providing the essential ingredients for modern life,” Mr Mitchelson told delegates.

Technology is the second major trend, with automation, digitisation, and big data being the main focus for many organisations.

Rio Tinto awarded a contract to Scott Technology in February to design and build the automated mine site laboratory for the Koodaideri Iron Ore project.

Scott Technology CEO John Kippenberger described Koodaideri as an “innovative project that once complete will set the new benchmark of safety and operational excellence in iron ore sample preparation and analysis.”

“Demand for industrial automation continues to intensify, driven by the continuing focus on health and safety, and to improve productivity, quality and profitability,” he said.

However, KPMG’s Australian Mining Risk Forecast said processes that are now automated are potentially vulnerable to online attacks by malicious actors, meaning there needs to be an appropriate increase in investment to maintain and control these technologies.

Joint ventures and partnerships are the third major trend, and is exemplified by Gold Road, which has entered a joint venture agreement with Gold Fields to develop the Gruyere gold mine, one of the largest virgin gold discoveries in Australia.

The mine delivered the first gold in July and is forecast to produce around 300,000 ounces a year.

Reducing environmental impacts is the fourth major trend, with Deloitte’s Tracking the Trends 2020 report saying most mining companies are taking steps to reduce their greenhouse gas emissions amid pressure from stakeholders and the strengthening business case for decarbonisation.

According to the report, automation will play a major role in the reduction of emissions.

The fifth trend relates to the changing workforce in the mining industry and the ability for companies to adapt to this change.

Part of this change comes in the form of the growing necessity for a diverse and inclusive workforce, which BHP’s Partnering for Change flipbook said allows for greater innovation, better risk management, higher workforce engagement and productivity, and stronger financial results.

“In a business world, as in the natural world, diversity is a crucial source of strength and adaptability,” BCG’s Winning the ‘20s report said. “Leaders need to create an environment where new perspectives are welcomed and encouraged.”