State of play on gold M&A – an Industry Perspective 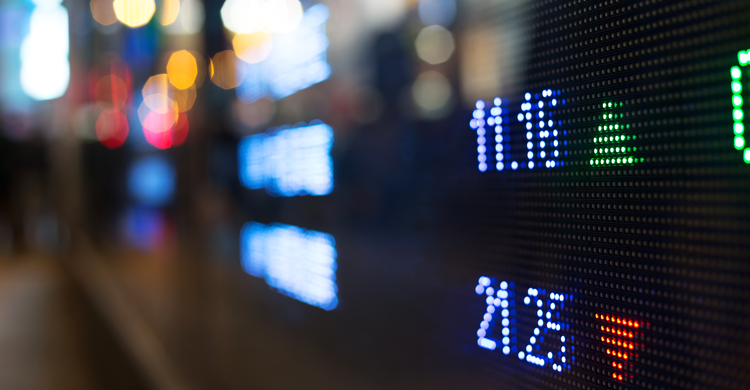 State of play on gold M&A – an Industry Perspective

Due to fewer and smaller discoveries, the amount of economically viable gold in the world is declining, and major producers’ reserves have fallen since 2011. What other factors are indicating the start of a potential gold M&A cycle?

Market data suggests the majority of mining companies have been going through a cycle of cost out, deleveraging of balance sheets and capital discipline leading to a build-up of cash holdings.

In conjunction with a cash build within mining companies, we see an improving outlook for most commodities, including gold, and an abundance of competitively priced debt available for project development and asset acquisitions.

Gold juniors have generated the majority of discoveries over the last ten years making them attractive targets for cashed up majors.

Where will possible gold M&As come from? Is the current geopolitical environment a consideration in these decisions?

The shifting geopolitical landscape in prospective mining jurisdictions creates a significant opportunity for cross border M&A, but not without risk. Several of the major South African gold mining companies are deploying increasing amounts of capital outside continental Africa in search of growth and lower sovereign risks. Recent changes to mining legislation in South Africa and Tanzania are a timely reminder of the ever-changing geopolitical scene. Conversely many junior and mid-tier gold miners domiciled in lower risk jurisdictions such as Australia and Canada seek growth and opportunity in less mature but potentially less favourable jurisdictions.

A common catch cry from the investment community is the risk-reward trade off. This is equally applicable to the operators of gold projects in a variety of jurisdictions. However, research by Richard Schodde, suggests that returns from exploration spend in high-risk jurisdictions for the ten years to 2015 does not generate superior value to that spent in low-risk jurisdictions.

“Over the last decade, 51% of the total exploration expenditures were in High-Risk and Very-High-Risk countries. These accounted for 49% of the discoveries by number, 37% of the ounces but only 33% of the value” – Richard Schodde 2015. 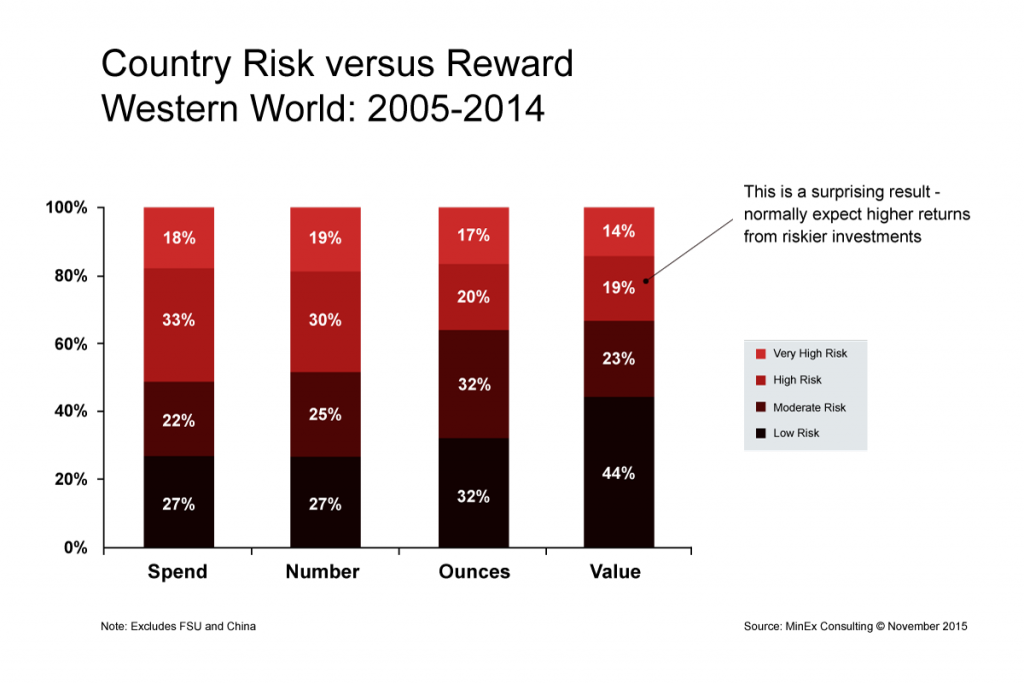 The most likely focus will be on high-quality companies or projects of potentially significant scale at the low-risk end of the curve.

Companies wrote off close to $100 billion between 2011 and 2016 following the China-led commodity boom. How will miners who were burned during that period be more cautious moving into future M&A activity?

History suggests that M&A activity trends with the commodity price and market outlook for a given sector. Looking back over the last ten years, market data indicates that the number of gold deals last peaked in 2012 at 92, which coincided with the highest annual average gold price for the same period of US$1,669/oz. The same market data also indicates that deal activity in recent years is well below the 10-year average at 64 even though current gold prices are above the 10 year average annual average price. This suggests a level of caution is being exercised.

Notwithstanding this, in the absence of sufficient exploration spend, to replace or grow reserves, companies will ultimately need to use M&A. Timing will be a factor as will market sentiment, availability of good targets, confidence in commodity price outlook and balance sheet strength.

In conjunction with the recent discipline through cost out, deleveraging and general strengthening of balance sheets by major gold miners there have been a commensurate number of asset disposals motivated by portfolio management, balance sheet repair and a focus on unlocking value from existing core assets.

According to S&P Global Market Intelligence, the 20 largest gold mines increased their production by a weighted average of about 6 per cent in 2016, greatly outpacing the industry average.

Given the operational strength and cash build within the gold majors, it is expected that the majors will shift from divestment of non-core assets to being active market participants early in the next phase of gold M&A via strategic joint ventures and scrip transactions of junior or mid-tier companies.

Who will be seen as possible candidates for mergers or acquisitions during a new gold M&A rally?

Early in the phase of the next M&A cycle, we would expect that exploration and development companies with emerging high-quality projects of scale in safe jurisdictions would be the first tranche of targets for the active acquirers.

WA is a great mining jurisdiction, and therefore any emerging exploration or development opportunities of quality and scale in WA are likely to be prime targets.

The M&A could be driven by non-domestic companies but more likely by Australian mid-tiers who are looking for consolidation opportunities that make them more relevant and competitive in the global market and attractive to a larger universe of significant global institutional investors.

The need to supplement reserves will also be a factor for Australian mid-tier companies with shorter reserve life and no track record overseas.

Another dynamic could be further potential offshore M&A by international operators of WA gold mines resulting in a strategy to rationalise or unlock value from stranded gold assets in WA. The majority of WA’s largest gold projects are owned and operated by major gold producers domiciled outside of Australia.

Mine supply will peak in 2019 and keep falling through at least 2025, is gold still a safe investment? If so, why?

There have been several events recently that were expected to propel gold prices into the stratosphere; this just hasn’t eventuated. The election of President Trump and ongoing political tensions concerning North Korean missile testing has failed to significantly stimulate the price of gold.

Gold ETF’s continue to see outflows along with Hedge Fund net long positions in gold being the lowest in 17 months an indication of a soft short-term outlook based on investor allocations.

Golds attractiveness as a safe haven will likely remain subdued against non-warfare related events in the short to medium term as long as the power house economies of the world remain stable and continue to deliver flat or positive growth.