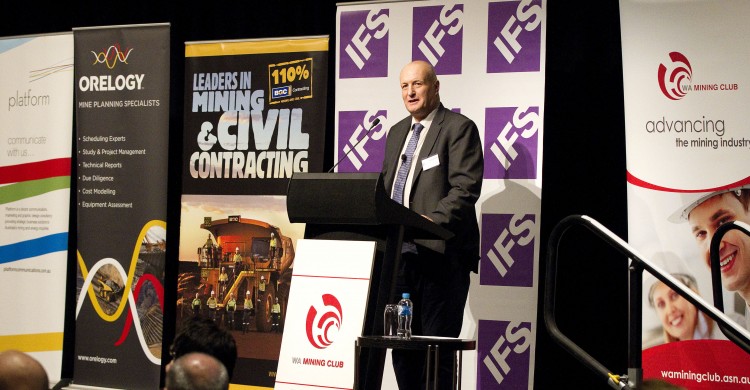 Gold Fields Limited may not be as Aussie as vegemite, but the company has been producing gold in Western Australia for well over a decade. Flying somewhat under the radar the company has rapidly grown its Australian presence through clever acquisitions, JV partnerships and an unwavering commitment to exploration.

Gold Fields mining assets in the Australia region include a 100 per cent interest in the St Ives, Agnew, Darlot and Granny Smith mines in the Yelgun area of Western Australia.

Speaking at the WA Mining Club’s July luncheon Gold Fields executive vice president Australasian region Stuart Mathews announced Gold Fields intention of divesting its Darlot gold mine in Western Australia before the end of the year. But he also demonstrated Gold Fields was set to continue its love affair with gold and with Australia for some time to come with a sizable exploration commitment.

Mathews says the company invested heavily in Darlot trying to find ‘a big game changer for a scale of operation that might suit Gold Fields.

“We didn’t quite get there and it is now time for someone else to have go,” he said.

At a press conference after the event Matthews said the divestment process is underway for the Darlot mine with “good interest” from buyers.

Gold Fields Australia hit the headlines late last year when it struck a AUD$350 million deal and added a 50 per cent interest in the Gruyere project with Gold Road Resources to its Australian portfolio.

But that doesn’t mean Gold Fields is looking for other assets for its portfolio.

“We’ve got a big capital commitment for the next two years with Gruyere, funding that, and getting that built.”

Exploration however is a key focus, with the company partway through a five-year strategy, spending AUD$90 – $100 million each year exploring its extensive tenement holdings.

Mathews said the company has budgeted A$89 million for exploration this year, but it could be more than that due to several promising emerging projects.

“We’re still finding geological structures and settings on our land, which is surprising us,” Mathews said.

Gold Fields is currently investigating the potential of mineralisation beneath the original open pits at the Granny Smith mine in Western Australia to utilise the mill’s full capacity.

“We don’t know what this means yet, but it’s a potential emerging project.”

Underground development at the Invincible mine, part of the St Ives operation is also underway. Since the discovery of the deposit a few years ago, the company has grown it from a 600,000-ounce resource to over 2.5 million ounces.