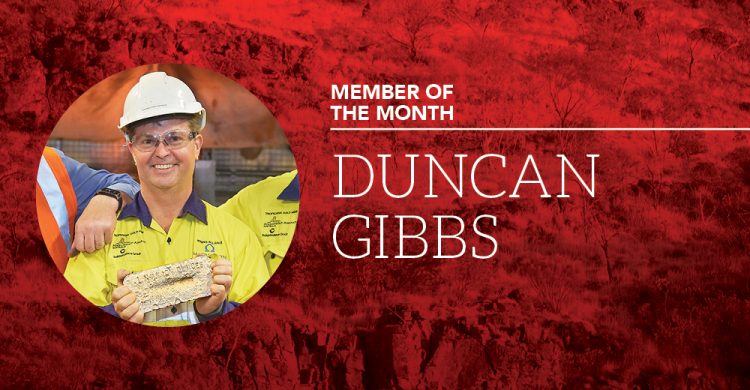 Duncan Gibbs joined Gold Road Resources in September 2018 as Managing Director and CEO. It’s a role that he even he couldn’t have predicted that he’d fill when first starting at university.

“After a few months, I realised I had picked a career path with no job prospects or involved showing tourists fish on the Barrier Reef. Focusing on geological studies turned out to be an easy decision.”

That ‘easy decision’ has turned into a 30-plus year career working in field and management positions covering all aspects of mining and exploration in Australia with AngloGold Ashanti, Acacia and Shell/Billiton before joining Gold Road towards the end of last year.

“Gruyere has a 13-year mine life with low-cost production averaging 270,000oz pa. We also hold a substantial exploration tenure in the Yamarna greenstone belt, one of the last poorly explored exploration frontiers in Australia.”

Early in his career, Mr Gibbs was the Exploration Manager for AngloGold with a portfolio spanning Australia and Asia.

While incredibly proud of his achievements, he holds leading the Tropicana discovery team as a highlight.

As Tropicana evolved, he managed the pre-feasibility and feasibility study teams as Vice President, and later was appointed General Manager following approval from partners and regulators in late 2010.

While Mr Gibbs may only have been a member of the Mining Club for six months, he says that he’s thoroughly enjoyed the opportunity to network with people across the industry.