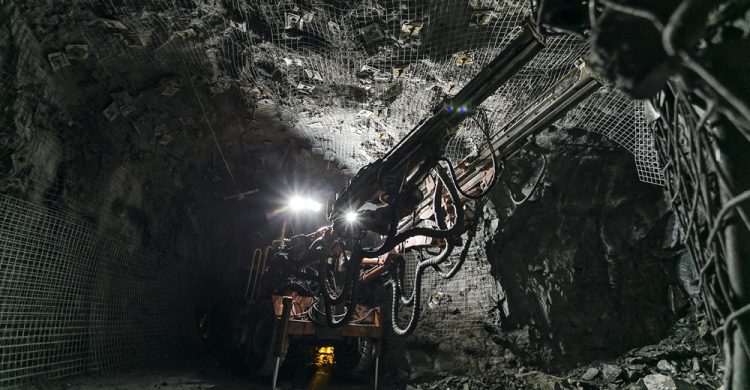 The future of mining will be on display in October when Australia’s largest mining conference examines the impact of technology on every aspect from exploration to production.

With a detailed presentation on the world’s first fully automated underground mine – operated by Australian company Resolute Mining – to a hub designed to showcase companies developing cutting edge technology, the International Mining and Resources Conference and Expo (IMARC) 2019 will scrutinise the key issues facing all miners.

Resolute’s Chief Executive Officer and Managing Director John Welborn is claiming substantial benefits from its underground operation at Syama, in Mali, where it runs autonomous drilling, loading, haulage and navigation.

“Ore will literally be drilled, blasted, bogged, loaded and hauled all the way to the surface without ever being manually handled,” Mr Welborn said in a presentation at IMARC 2018.

While Mr Welborn – who will be speaking again at IMARC 2019 – expects automation will have productivity gains in the ballpark of 15 to 20 per cent at Syama, it will not be at the expense of local jobs and capacity building.

“We now have an all Mali trained crew. Because these systems are automated, they’re easy to operate,” he said.

“Rather than taking jobs away from the local workforce, it’s allowing us to train, employ, empower and upskill our local workers.”

Figures indicate the scale of the Syama success. The company invested $15 million on automation, which delivered a reduction in cost of production of $135 an oz. With 2.9 million ounces in the ground, the savings amounted to more than $390 million.

The Syama experience is the extreme end of the technological revolution being experienced or contemplated in all sectors of mining in Australia and internationally.

Austrade identified in 2017 that Australia is a world leader in mine automation research and development.

It said automation has the potential to provide a mine with technology advances that impact the four big issues of productivity improvement, maximising plant and equipment utilisation, cost reduction and increased mine worker safety.

With Australia leading the way, this year’s IMARC has launched the ASCENT Village. A dedicated precinct on the expo floor showcasing companies who have cutting edge technology and innovative products that will improve productivity across the mining value chain.

It will feature 20 startup and scaleup companies, putting them in front of more than 7,000 attendees, including key investors and some of most influential people in Mining Tech. In addition, three university student groups will also be selected to showcase their STEM activities as part of IMARC’s Next Gen Programme.

As part of the launch IMARC is sponsoring two companies, providing them with a pod, delegate pass, and access to investor meetings as well as a seat on the pitch stand. Applications for ASCENT and IMARC’s Next Gen Programme close on September 15.

The possibilities for technological advances are substantial.

A February 2019 Minerals Council of Australia report examining the economic implications of technology and digital mining quantified the potential benefits across all aspects of mining. It said there could be a total overall improvement in productivity of between nine and 23 per cent.

In plant processing alone, it predicted an overall productivity improvement of up to 20 per cent from technology including the introduction of renewable energy such as solar and wind, use of drones to scan materials entering the plant, autonomous decision making, machine learning and mineral sensing and sorting technology.

It said the benefits included:

Microsoft Australia’s Managing Director, Steven Worrall and Accenture’s Natural Resources Industry Lead, Ann Burns are among the line-up of more than 300 speakers who will discuss automation, robotics, and data analytics and how remote operating centres are transforming mine management through a series of panel discussions and keynote addresses across the three days.