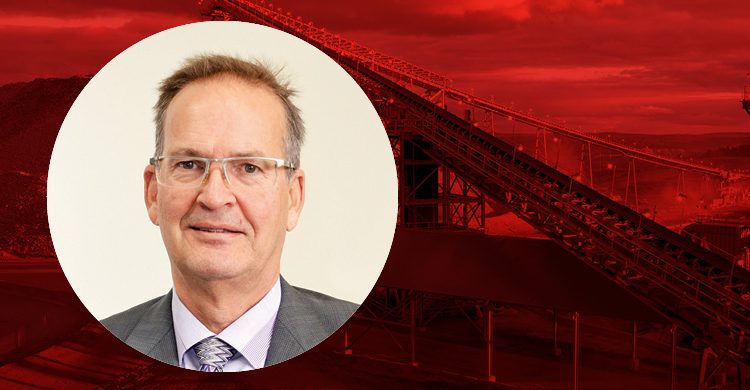 This was a substantial improvement on last year’s overall sales value of $87.9 billion, which resulted from weakened commodity prices which affected Western Australian producers in 2015–16.

While political and economic developments in the US and North Korea and uncertainty over European elections caused fluctuations in exchange rates and commodity prices, the Australian dollar managed to hold up slightly from an average of 73 US cents in 2015–16 to 75 US cents in 2016–17. Similarly, global commodity prices held up well.

The 19 per cent increase in overall sales value in 2016-17 was led by better than expected iron ore prices as well as the continued strength of the gold sector.

These two commodities were major contributors to industry value with iron ore sales up 31 per cent and gold sales up seven per cent.

The DMIRS data also shows that direct employment by the State’s minerals sector continues to remain high with the average number of persons employed in 2016–17 was 108,769, an increase of four per cent from last year. This total includes 2,268 people employed in relation to exploration activities, at new and existing deposits.

Compare these numbers with data collected just ten years ago, when the average number of people employed was 62,117, or an increase of over 75 per cent.

While there was some volatility in many commodities during 2016–17, minerals continue to dominate the industry, accounting for 82 per cent, or $86 billion, of the total sales value.

Iron ore is by far the most valuable commodity, accounting for 74 per cent of mineral sales and 61 per cent of overall sales.

Iron ore recorded sales of $63.7 billion in 2016–17, an increase of 31 per cent, which was the result of a combination of stronger than expected iron ore prices and a six per cent increase in the quantity of iron ore sold, to reach a record 790 million tonnes.

Alumina and bauxite sales accounted for six per cent of mineral value. Sales volumes increased marginally year–on–year, attributable to the increase in bauxite exports, more so than an increase in alumina sales. This meant that the value of the industry increased three per cent to $5.1 billion in 2016–17.

Western Australia’s nickel sector continues to struggle amid consistent low prices. A slight reprieve in global nickel prices was seen in the last half of the financial year resulting in a five per cent increase in the overall average annual nickel price to $13,460 per tonne. However, a 10 per cent decline in nickel sales meant that the value of the nickel sector decreased six per cent to $2.1 billion in 2016–17.

Western Australia’s mining sector and its significant contribution to our economy was put into perspective in a recent report published by the global market intelligence analyst SNL, which generated a list of the world’s top 50 mineral – iron ore, gold and base metals – mining projects by production value.

Western Australia’s mining industry attracted a total of $22 billion in investment during 2016–17, representing more than 57 per cent of national expenditure.

Despite the lack of new investment in traditional iron ore projects, interest and investment in new sectors, such as lithium, are rising. While not the mega–investment projects have seen during the peak of the commodity cycle, these investments will lead to future production, employment and royalties for the State.

While monitoring investment activity in Western Australia, DMIRS also collects information on mineral and petroleum projects to estimate actual and possible investment. Where possible, information is collated relating to expected capital expenditure, project timing and employment during the construction and operation phases. Projects are categorised as projects under construction, committed projects having reached a final investment decision (FID), planned projects undergoing feasibility studies and possible projects which have raised capital but are not yet conducting definitive feasibility studies.

As of September 2017, Western Australia had an estimated $146 billion worth of resource projects in the pipeline, down slightly from the March 2017 estimate of $152 billion.

A number of new projects have been announced recently including:

As a result, the value of projects under construction or in the committed stage of development reached an estimated $103 billion, up from $100 billion in March earlier this year. However, the number of planned or possible projects declined from $52 billion to $43 billion over the same period. This is mainly attributed to several projects being progressed or placed on hold due to the prevailing market conditions.

Western Australia’s mineral and petroleum producers generated a total of $5.7 billion in Royalties for the State 2016–17, an increase of 24 per cent on 2015–16.

Iron ore provided the bulk of collections (80 per cent) for 2016–17, with strong prices and volume growth during the year, increasing iron ore royalty collections 33 per cent year–on–year. The gold sector was the other positive contributor with royalty receipts totalling $263 million for 2016–17, an increase of close to 10 per cent for the period.