St Barbara’s Day pays tribute to the patron saint of mining and geology.

Traditionally held on the first Friday of December, the WA Mining Club’s members and their guests take the opportunity to pause and appreciate the people dedicated to the mining industry, and celebrate the rich endowment of mineral wealth that underpins much of our economy and provides hope for the future. It is a time for fellowship and fraternity, and to remember those who have been lost in our industry throughout the past year. In 2016, St Barbara’s Day was celebrated on Friday 2 December.

will be delivered by Ron Manners,  the Managing Director of the Mannwest Group

Ron is a Fellow of both the Australasian Institute of Mining and Metallurgy and the Australian Institute of Company Directors.  His contributions to industry and Australia have been marked by several awards including being elected as a ‘Mining Legend’ at the 2005 Excellence in Mining & Exploration Conference in Sydney.  In 2010 Ron was appointed to the Advisory Council for the Atlas Economic Research Foundation, Washington, DC.

Ron was born in Kalgoorlie, Western Australia, to a family that had a long association with the mining town.  A fourth generation prospector, Ron studied electrical engineering at the Kalgoorlie School of Mines before he assumed management of the family mining/engineering business, W.G. Manners & Co. in 1955.  He expanded and diversified the company which has evolved to become the Mannwest Group.  This family enterprise has now been operating continuously since 1895 which is six years before Australia had a Constitution or a flag.

Between 1972 and 1995 Ron floated several Australian listed mining companies, one of which became Australia’s third largest gold producer, before he joined the board of a Canadian mining company with operations in Mexico, Brazil and Turkey.  In addition to his mining interests, Ron has pursued an interest in economic education, establishing the Mannkal Economic Education Foundation in 1997.  The Mannkal Foundation has sponsored over 1,000 young students to internships and conferences in many countries.

With thanks to our wonderful sponsors 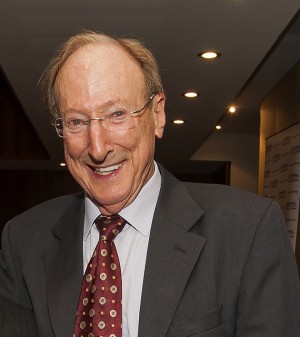