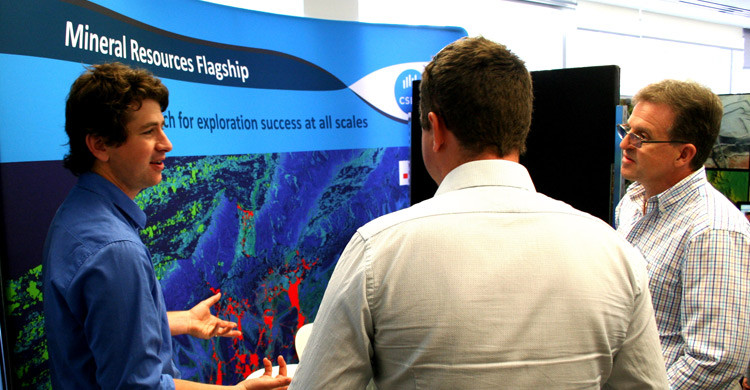 Co-founder of MineSpace, Adrian Large, said the most successful element of the conference was the exhibition area where 28 companies had booths.

“Traditionally exhibition areas are where attendees have to go rather than them wanting to go,” Mr Large said.

“We wanted to create an atmosphere where attendees didn’t feel they were being sold to and exhibitors could bring their really fun and amazing technology – essentially show it off to everyone as well as each other.”

Mr Large said the result was a “buzz” which he said he didn’t anticipate.

“We had to herd attendees out of the exhibition hall to listen to the opening address because they were so keen to see the new technology on offer,” Mr Large said.

Mr Large said the conference would return in 2016. The WA Mining Club has a partnership with MineSpace whereby members can utilise the facilities free of charge including the common area, meeting rooms, kitchen and balcony.