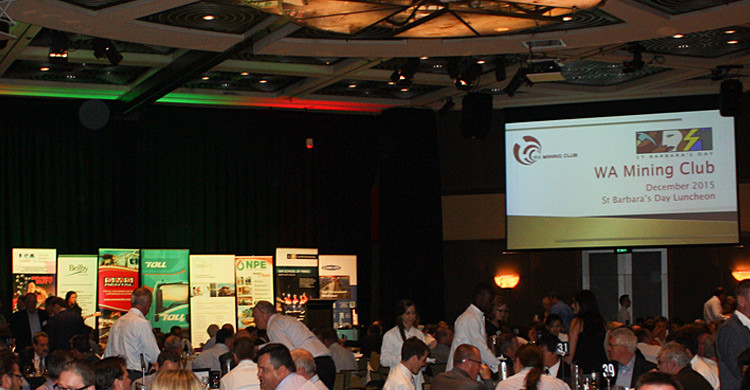 Rio Tinto’s Andrew Harding headlined the event with a presentation dispelling industry myths – including the perception that reduced costs contribute to reduced safety.

According to Safe Work statistics Australia has experienced 13 mining-related deaths over the past year to date. As the day commemorating the patron saint of the mining industry, Saint Barbara’s Day is about remembering those who did not return home from work.

In line with this focus, Andrew Harding reiterated the fact there was a long way to go on safety efforts.

“The only practical position to take is that no one gets hurt” Mr Harding said.

“We have to take stock along the way [with statistics] but at the end of the day the only answer is zero deaths.”

Mr Harding said there was a perception that cutting costs inherently meant there was also a reduced focus on safety – but included that as one of the seven myths he aimed to dispel.

“We can also cut our costs of production and have significantly improved safety year on year,” he said.

Mr Harding also addressed the perception that the  iron ore price had fallen off a cliff; “instead of a cliff, you can see that we have actually climbed a hill and we have been running down hill in recent years.”

“The market is actually working the way it always will – supply does follow demand” Mr Harding said.