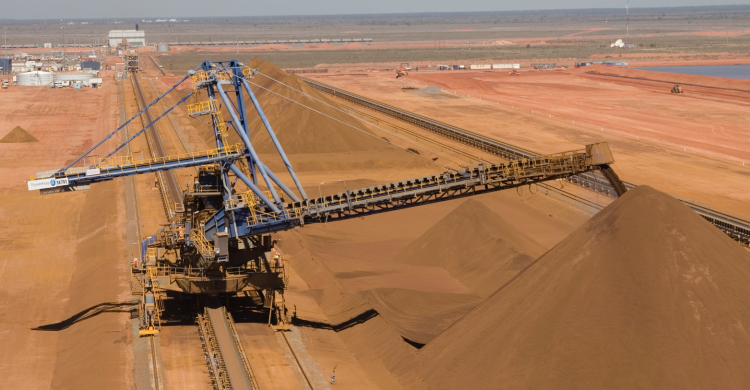 Iron ore and the global energy transition will be the biggest drivers of Australia’s commodity exports over the next five years, according to Federal Government forecasts.

The Office of the Chief Economist’s (OCE) Resources and Energy Quarterly report forecast commodity export earnings to hit a record $296 billion in 2020-21 before a moderate decline to $288 billion in 2021-22, stabilising over the remainder of the five-year outlook period.

The report found that lithium exports would rise more than five-fold from an estimated $1.1 billion in 2020-21 to $5.4 billion, driven by increased lithium production and spodumene prices.

“Revenue from these three commodities combined are now set to exceed current thermal coal revenue by 2025-26, as Australia’s resources sector captures growth opportunities presented by new technologies and energy systems that are evolving,” the report said.

Iron ore export volumes in Australia were also expected to grow, rising from 900 million tonnes in 2020-21 to 1.1 billion tonnes by 2025-26 as several mines opened or expanded in WA.

The report said that Australia was expected to maintain its dominance of iron ore exports over the next five years.

Although the Simandou iron ore mine in West African Guinea was expected to produce 15-20 per cent of output currently produced in the Pilbara when it reached full output, this was not expected before 2027.

“Global iron ore markets are expected to remain tight, with slow growth in both supply and demand over the next five years,” the report said.

“Market structure is not expected to alter significantly, with Australia’s market share expected to hold up.

“A recovery in Brazilian supply is likely in the short-term, but a number of high-cost mines in Brazil and China are also expected to face closure or depletion over the next 10 years.”

However, with an effective vaccine rollout and consequent global economic rebound, gold prices were projected to decrease to US$1,210 an ounce in 2026.

Other export commodity forecasts include: