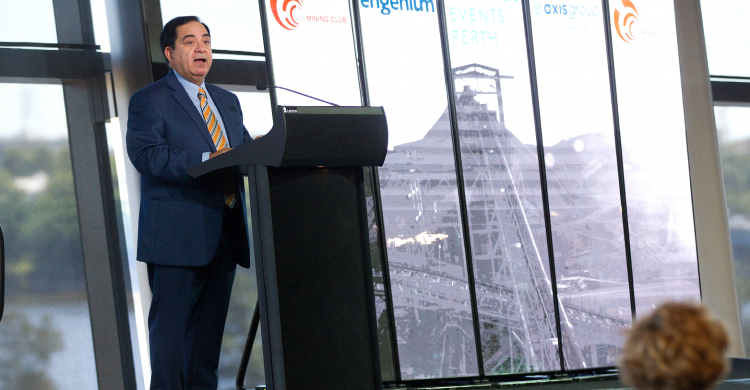 The vast increase in revenue from surging iron ore prices will inevitably end and changes should be made now to ease burdens on mining companies to ensure they remain competitive internationally, says Atlas Iron chief executive officer Sanjiv Manchanda.

Mr Manchanda told the March WA Mining Club luncheon that now was the time for political leaders to look ahead.

“The current performance of the mining sector, especially iron ore pricing, is providing increased revenues, however, this pricing will reduce over time as supply from other parts of the globe, from current and new projects, come into the market,” Mr Manchanda said.

“It’s critical that Australian producers and government look at costs and how these can be reduced, particularly government tape and compliance costs and eliminating payroll tax.

“Some of the key areas we would like reviewed, and we have been talking to the government, is for government to look at reducing tape burdens and tax write-offs for upgrading plants that allow us to take advantage of changed iron ore grade requirements, so we stay competitive in the international market.”

Asked about the prospects for India emerging as a significant market for iron ore, Mr Manchanda said while the company kept getting inquiries, there was nothing sustainable yet, adding he hoped that would change over the next five years.

On the prospect of increasing iron ore exports from Africa, he said “never say never”.

“We have to assume that it is real,” he said. “Anyone who states it can’t happen, look at WA. We must take steps to remain competitive in the world market.”

As State and Federal budgets benefit from vast iron ore royalties, Mr Manchanda said that outside the industry, people were still not aware of the contribution mining makes to the nation.

“The mining industry in WA improves the living standards for each and every individual… and it provides the metals that make a difference to people’s lives around the world. It is something I am proud to be a part of and that we all should be,” he said.

Mr Manchanda has been CEO of Atlas Iron since a Hancock takeover in October 2018.

He said Atlas Iron was guided by a vision to contribute meaningfully to the country while extracting ore bodies responsibly.

It had proven time and again that once the mining was complete, the land was returned, well rehabilitated.

“Stakeholders can actually see the quality of the job we’ve done, just like we said we would do, and we typically do it in less time than we’re given,” he said.

“Hancock Prospecting took full control of Atlas Iron in 2018. Atlas had been through difficult times and there were concerns it may have to close. Like many takeovers it was unclear how our employees would react. Many of our team had been loyally with the company for years.

“It was with honesty and full disclosure of our intentions that we took the staff and contractors on the journey to develop the strategic plan which focused on current operations and future developments over various time horizons.

“Our culture has been on full display during the pandemic. Our strategy was to keep our people engaged, motivated and focused while ensuring business productivity. We made sure to take our contractor workforce on the journey with us. It is prevention and protection, rather than reaction, that has helped us get through this challenging time.”

He said one of the positive things to come out of the COVID-19 pandemic was that “our people and our industry feel a real sense of contribution, given they are contributing significantly to the recovery of our state and nation”.

“It has been encouraging to witness a deeper understanding by many members of the public of how much of a backbone our industry is to our State, and indeed, country.

“However, we cannot relax. We must guard against inefficient legislation and government tape that restricts us from being able to develop and continue to contribute.

“The mining industry improves the living standards for each individual in this nation, including via helping to pay for our defence, police, hospitals, health services, roads, state kindergartens, emergency services and more.”

The annual production rate for FY20 and FY21 for Atlas is marginally above 9 Mtpa of lump and fines product combined.

“Miralga Creek is an extension of the completed Abydos Mine, and construction is due to commence in mid-2021 subject to final regulatory and statutory approvals, which are currently moving through the final stages,” he said.

“Miralga Creek is expected to provide additional tonnage at the rate of 2.5Mtpa for a three to four years mine life.

“We are also developing, in collaboration with our group company Roy Hill, the McPhee deposit and have recently lodged some important regulatory documents and progressing further confirmatory work and statutory approvals.

“In addition to these projects, Atlas is exploring a number of other tenements with the intent to develop operations, all of which will create employment opportunities.”