2022 shaping up as another stellar year for miners 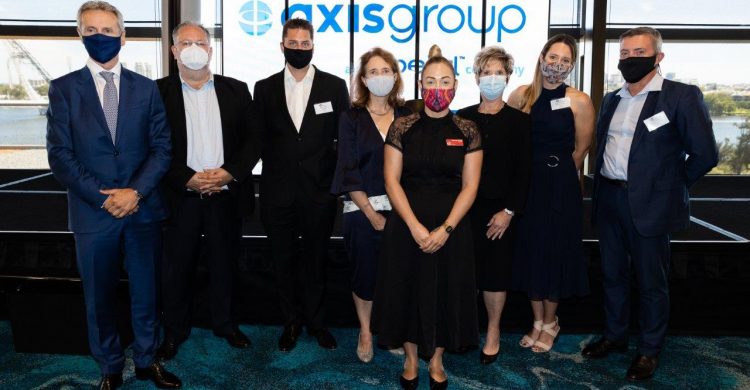 2022 shaping up as another stellar year for miners

The drums of war were pounding when the WA Mining Club kicked off its 50th year with the annual Market Outlook at the February luncheon.

Within 24 hours of the panel discussion, Russia invaded Ukraine and global markets went into free fall, while the price of gold jumped to $US1,942oz and brent crude oil skyrocketed to a seven year high of $US101.20 and both continue to head north.

It was against this backdrop that a panel comprising of Liam Twigger, deputy chair of Argonaut, Nicky Ivory, partner with Deloitte, and mining director and global leader in corporate resource development Natalia Streltsova put forward their thoughts on the year ahead.

The panel discussion ranged from inflationary pressures to the likelihood of a recession and how to encourage young people to consider a career in mining.

Here is some of what they had to say.

The inflation genie is clambering out of the bottle

Nicky Ivory points out that current headline inflation in Australia is quite high, 3.5 per cent to compared to the official RBA range of 2-3 percent.

“The general consensus is inflation is not good for the economy and it’s being driven mainly by the back end of COVID and other factors like rising wages.’

Liam Twigger believes inflation will likely lead into a recession, invoking the famous quote of former Prime Minister, Paul Keating about the recession we had to have.

“The challenge with inflation is that no western government has ever navigated its way out of an inflationary environment without tipping the economy into recession,’ he says.

‘I don’t think this will happen in the next 12 to 18 months, but ultimately that’s what happens. West Australian households are far better placed today than they’ve ever been to deal with inflation, so a recession might be delayed here.’

Natalia Streltsova agreed with this assessment that if WA is going to see an inflationary crisis, it’s going to be in the next 12 months.

Miners and contractors are all being choked by supply chain problems and Nicky Ivory says they’re not going to untangle overnight.

‘It’s a complicated equation, starting with COVID and then there was the knock-on effect and that’s slowed down production.

‘There’s also pressure with shipping and costs have increased five-fold since pre-pandemic levels. And getting ships to come to WA is hard because they’ve been diverted to more profitable routes.’

Two years after it slammed shut the West Australian border has finally opened and Natalia Strelsova says the immediate impact will be on the mining workforce.

‘In terms of skills and the labour market it will help but will still take some time to resolve.

‘Yes, there will be people coming in and filling critical positions that we really need.

‘But there’ll also be people who are going to say, okay now I can leave, and so the market won’t be instantly balanced.’

‘We have to entice workers and that doesn’t mean throwing money around,’ says Nicky Ivory.

‘It’s about providing opportunities because we just don’t have the people to fill or meet the demand of vacant positions.’

Natalie Streltsova says the sector has already been throwing money around trying to address the worker shortage.

‘Our contract rates are at all-time highs while the quality of contractors that we’re dealing with is going down because they have no people to train them.’

‘I am very concerned because I think there’s a lot of potential safety issues when you have inexperienced people being hired by contractors.

Liam Twigger says the whole mining industry has been damaged by the actions of Rio Tinto in regard to the Jukaan Gorge incident in the Pilbara.

The gorge contained Aboriginal art and artifacts more than 40,00 years old. The incident led to a parliamentary inquiry and restructure within the Rio Tinto leadership team.

‘I think Rio Tinto got off very lightly for Jukaan gorge,’ he says.

‘If they anyone needs an archaeological survey or involvement with Traditional Owners it’s more difficult now than it’s ever been.

‘With a lot of the small and mid-caps the person who owns the store runs the store and they embrace all stakeholders, are great at negotiations and look after communities.’

Mr Twigger’s suggestion that Rio Tinto put money in AMEC and work on a solution, so such an event never happens again was met with applause by the whole room.

Commodities that will make their mark in 2022

The panel members all agreed that given developments in the battery and critical minerals industry that nickel would shine.

Natalia Streltsova added there are a few commodities flying under the radar at the moment, one of them being vanadium, predicting price increases will push some vanadium hopefuls into producers.

And it was a given that the lustre of gold won’t be dulled any time soon.