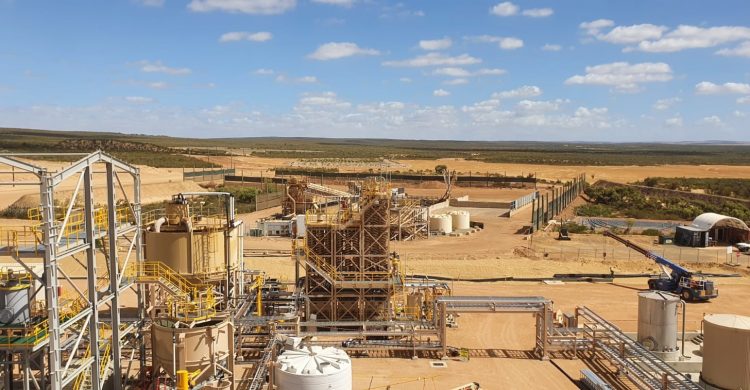 The final investment decision was made after the federal government granted the company a low-cost loan of $1.05bn for the $1.2bn project.

The funding comes under the title of a ‘risk sharing arrangement’ and is referred to as a non-recourse loan that will be boosted with $200m from Iluka.

The loan is by far the most significant announcement for the government’s Critical Minerals Facility and will support other rare earth projects in Western Australia.

The company plans to use existing  feedstock from its own stockpiles at Eneabba and  from its Wimmera project in Victoria, as well as accepting concentrate from third parties.

Rare earths are vital ingredients for technology like computers and mobile phones and the future of the project is assured as demand for batteries for electric vehicle engines, and renewable energy inputs, rapidly expand.

Iluka says the Eneabba resource holds the highest-grade rare earths in the world.  Its stockpile is of the minerals: monazite and xenotime, which will yield high value rare earth oxides; neodymium, praseodymium, dysprosium and terbium.

The refinery is the third phase of the Eneabba project and will build on existing phase 1 screening and phase 2 concentrating at the plant.

The annual capacity of rare earth oxides will start at 17,500t.

Managing Director, Tom O’Leary, says the decision to advance to phase 3 production comes after several years of progressing the company’s assets in WA and Wimmera in Western Victoria.

‘Since 2019 we have adapted, accelerated and amplified the company’s plans in the context of key external developments, notably the continued transition towards the electrification of the global economy.

‘Alongside that is the increasing policy priority assigned to critical minerals and their supply chains by the Australian government.’

Mr O’Leary says the project will have minimal environmental impact as a result of being located entirely on a brownfields site.

He admits an investment decision of phase 3 would have unlikely been taken without the federal government’s low-cost loan.

Key state and federal government environmental approvals for the decision have already been made and Iluka is securing further approvals and regulatory requirements.