Responsibility in the resources sector 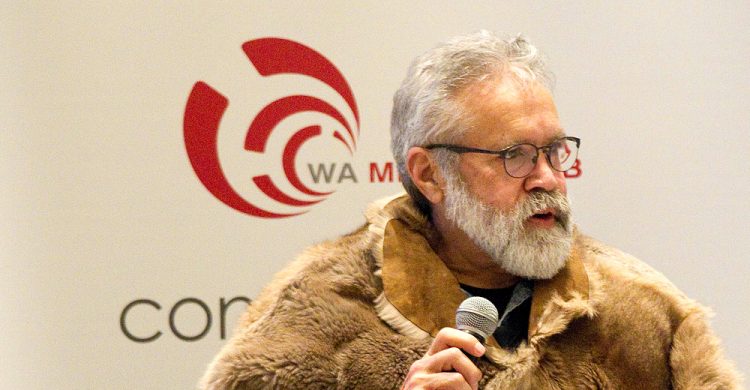 Responsibility in the resources sector

About 60 per cent of mining projects in Australia are found in close proximity to Indigenous communities. According to a panel of speakers at a recent industry breakfast, this means that the mining sector has a huge responsibility and opportunity to give Aboriginal people a voice.

The breakfast – part of the WA Mining Club’s ECU Education Series – focused on why Indigenous relations are just good for business in the mining sector.

“Mining companies have a huge responsibility. Their mining on indigenous land. When you mine it up, you’re taking away their stories and their connection to the land,” Kyra Bonney-Galante, General Manager Indigenous Strategy, Chandler Macleod, said.

Historically, the mining sector has employed only small numbers of Indigenous workers.

In the early 1990s, the number was measured in the hundreds; but by 2011 this had increased to more than 7,000. However, between 2006 and 2011, the number of Indigenous people employed by the mining industry more than doubled.

Despite this growth, more can be done according to Ian Wells, Chief Financial Officer, Fortescue Metals Group.

“Aboriginal engagement is very much part of the culture of FMG. It starts at the top and making sure that the communities in which we operate benefit because it is just the right thing to do.”

For many, the Fortescue Vocational Training and Employment Centre (VTEC) program is a prime example of how mining companies can give a hand up, not a handout.

The program, which received the Diversity and Inclusion Award at the Australian Resources and Energy Group (AMMA) 2019 Industry Awards, guarantees a job after a candidate successfully completes their training.

To date, Fortescue has employed 860 Aboriginal people through VTEC since the program started in 2006.

Outside of direct employment, the mining community is progressively increasing the size and complexity of contracts awarded to Indigenous businesses.

While it is not mandatory for mining companies to award contracts to Indigenous-owned businesses, companies such as FMG, Rio Tinto and BHP are leading the way, with all three signing up to the Raising the Bar project in the weeks following the WA Mining Club Breakfast.

While initiatives like this are necessary to change the status quo, more is needed at a grassroots level, such as simplifying pre-qualification processes, according to Katina Law, Director, IPS Management Consultants.

“It can sometimes be onerous to pre-qualify with tier one companies with smaller companies even needing to spend thousands of dollars sign up to their online procurement platform with no guarantee of a successful outcome.

“Adapting payment terms is also really important when working with Indigenous businesses. I think that FMG leads the way in this area, with short payment terms, especially at the earlier stages of the project when cashflow needs to be watched closely.”

Though FMG is held up as a model in Indigenous procurement, Mr Wells said that it’s not something that happened overnight and began with having “the commitment to do it.”

He explained that the Company first had to break down contracts into smaller pieces and worked one-on-one with Aboriginal businesses to fill out tenders to set them up to be successful.

“You don’t have to use our path as a map, you can learn from our mistakes and create your own path.”

“Putting (Indigenous) weighting into contracts has been a big change over the past 10 or 20 years,” Allan James, Chief Executive Officer, Carey Group said.

“However, more contracts for Aboriginal businesses doesn’t always mean that the money makes its way to the Aboriginal communities.”

Mr James went on to describe the practice as “black cladding,” which refers to companies adding an Aboriginal content element to their tenders, but oftentimes once the job is won, the Indigenous company is left out of the deal.

For Ms Bonney-Galante, the mining community has taken the first step in incorporating Indigenous procurement policies, but the next step is to hold companies accountable.

“When companies don’t use the services of the Indigenous companies that they proposed to use in their tenders, it breaks down those relationships,” she said.

“There’s a lot of lip-service out there, but when it comes to the delivery, you don’t see those companies acting on their promises.”

Indigenous businesses were more than capable. “We just need the opportunity,” she said, to resounding applause.