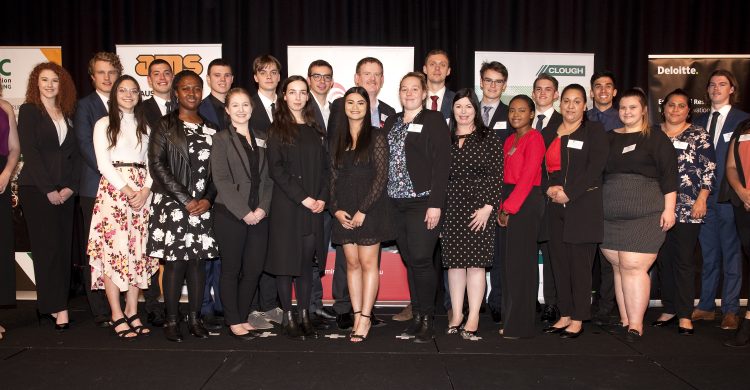 Nine of the State’s brightest minds were awarded scholarships in disciplines including geology, mining engineering, metallurgy and environmental science by the WA Mining Club and co-sponsors at an industry luncheon today.

Now in its 17th consecutive year, the WA Mining Club’s scholarship program aims to encourage students to continue their tertiary studies in mining-related disciplines to ensure the sustainability of talent within the sector and to develop the next generation of leaders.

“The 2019 edition of our scholarship program has been our biggest to date, receiving nearly 500 applications,” WA Mining Club President Kirsty Danby said.

“When the program began in 2003, there was just one scholarship offered. That number has grown to include scholarships in categories covering technical disciplines and to recognise promising female and Indigenous students. Our Club has now awarded 74 scholarships since the program started.

Each winner will receive a $10,000 grant. Winners will also benefit from mentoring, career support and increased visibility within the industry. Winners were selected by a panel from the scholarship co-sponsor and a representative of the WA Mining Club, which considered factors such as academic and work history, personal circumstances, financial need for a scholarship, and commitment to their chosen career.

“An industry scholarship is a gateway to many opportunities, in the form of industry recognition, confidence, networking opportunities and financial assistance.

“Securing a scholarship has made me stand out in the industry. You’ve already been handpicked and pre-screened to be industry ready,” said Jacinta Riedel a scholarship winner from 2011.

The nine winners were chosen from almost 500 applicants – a record for the Mining Club – and represent a cross-section of the Western Australian academic landscape, including Curtin University’s WA School of Mines, Edith Cowan University, the University of Western Australia and Murdoch University, as well as TAFE and high schools throughout WA.

Encouragingly, 62 per cent of finalists were female candidates, and 66 per cent of the winners are female.

“In recent times the WA Mining Club has called for greater diversity in the industry,” Ms Danby said. “Judging by what we’ve seen today, we are beginning to see green shoots of change.

“Scholarships such as ours play a pivotal role in identifying talented individuals and giving them the funds, resources, connections and opportunities to lead the next generation of workers in the mining industry.”