Miner of the Month – Sandfire Resources 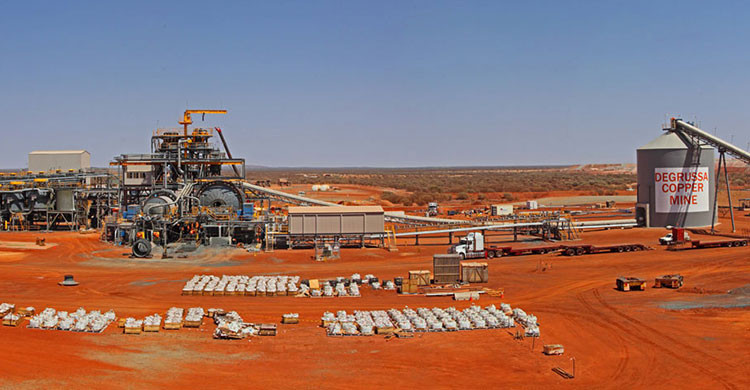 Miner of the Month – Sandfire Resources

A strong final quarter has shone a positive light on Sandfire Resources.

Amid its achievements include final agreements for a solar power station with battery storage.

Sandfire Resources has received positive press over the past month despite increasing pessimism around the outlook for Copper.

The company delivered a strong quarterly report at the end of July stating significant improvements in its operations at DeGrussa.

Meanwhile, the company also made headlines with progress on plans for a 10.6MW solar power station with battery storage at DeGrussa.

Final agreements clearing the way for construction to commence were signed with juwi Renewable Energy, which will develop and operate the project, and OTOC, which will be responsible for installing the project in joint venture with juwi. Leading French renewable energy firm Neoen will own the facility.

Once completed, it’s expected the system will be the largest integrated off-grid solar and battery storage facility in Australia.

On the production front, over the quarter the company lifted Copper production to 18,637 tonnes – close to 9 per cent higher than the March quarter. The three months to the end of June was also the highest producing quarter in the 2015 financial year.

The company’s production improvements prompted it to lift its future guidance to a sustained 1.6Mtpa run rate – representing a 7 per cent increase in future annualised mine production with the same mine personnel and mining fleet.

Topping off the quarter was the discovery of 16.5 metres of 18.9% copper and 2.1g/t under its farm-in agreement with Talisman Mining. On the day of the announcement Sandfire’s shares jumped 10 per cent to $6.43 apiece.