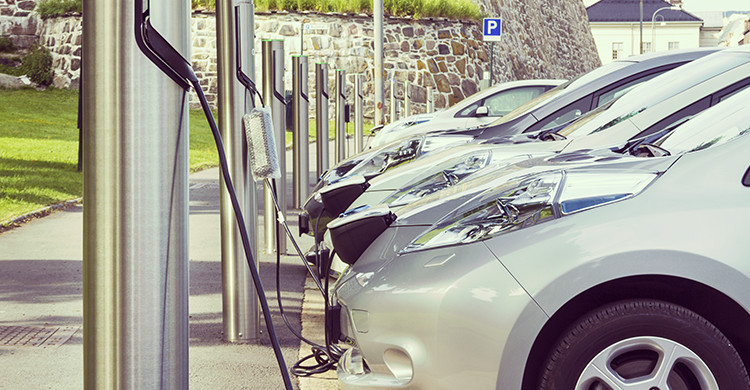 With an average share price increase of 200 per cent since the start of 2016, Western Australia’s lithium hopefuls are riding high on rapidly growing demand.

And it’s not over yet; market commentators are forecasting continued supply pressure as the electric vehicle market continues its production boom.

Of Western Australia’s lithium miners Altura Mining has enjoyed the largest share price increase with its value rocketing more than 300 per cent since Jan 1st. But others including Pilbara Minerals, Neometals, Galaxy Resources and General Mining have also seen their value increase.

It’s a result of the lithium market reaching an inflection point, according to research analyst at global bank Citi, Matthew Schembri.

“A lot of junior miners like Neometals have been sitting on high-quality projects for a long period of time waiting for this inflection point in terms of lithium consumption. It looks like we’re now actually at a point where electric vehicles are starting to take off.”

Industrial uses of lithium (addition to ceramics, glass and polymers) account for about 66 per cent of consumption with growth at a steady rate circa GDP of 3-3.5 per cent per annum. Meanwhile, consumption for consumer electronics is growing at around 4-5 per cent.

But it’s the final consuming sector, which currently accounts for only about 6 per cent of lithium consumption, which is driving the current investor confidence; electric vehicle production.

“It’s growing at a really rapid rate of something like 50 per cent per annum in terms of lithium consumption,” Mr Schembri said.

“What we saw last year was an inflection point where production of electric vehicles really started to take off, in China the demand has been most pronounced and it seems to be driven not only by small passenger vehicles but also larger passenger vehicles like buses.”

As Mr Schembri says, it’s not Tesla that has driven existing demand, but it will once production of the Model 3 begins with preorders already at more than 400,000.

Growing lithium demand has put pressure on the supply market, which has pushed prices up from around $US5,000 per tonne last year to reports of up to $US20,000 per tonne. But that’s just in the Chinese spot market which accounts for only a small amount of sales.

Mr Schembri says most of the larger lithium producers are involved in long-term contracts which have not been subject to the same price rises.

“Existing producers like Albemarle, SQM and FMC haven’t seen the same price rises in their volumes going into the market. Their prices are probably starting to rise from the $US5,000 a tonne we saw last year to probably somewhere between $US7,000 to $US8,000 a tonne this year.”

And it is these sorts of agreements which Western Australia’s existing and emerging lithium producers are looking at. Altura, for example, has signed offtake agreements with Lionergy and Chinese battery maker Optimum Nano Battery Company for 100,000 tonnes per annum (tpa) each once the mine is in production. Meanwhile Galaxy Resources has negotiated an initial offtake agreement of 60,000 tonnes rising to 120,000 tonnes in 2017 direct to Chinese buyers.

“It all ties into the tightness around why there’s huge tightness in China because the Western world producers have these long terms contracts with long term customers so when you suddenly have this rapidly growing industry in China in electric vehicles they have been really challenged in securing supply,” Mr Schembri said.

“They’ve been paying large premiums to get hold of material. At the end of the day lithium, ironically, isn’t a large cost base in producing a lithium-ion battery so they’ve been willing to pay a premium.”

The danger for the likes of Tesla is the cost of lithium continuing to rise to an extent that is makes electric vehicle production uneconomical, but that doesn’t appear to be a significant problem with the numerous lithium project globally coming on stream.

And for Western Australia, Mr Schembri said the state’s producers are well positioned.

“This isn’t a new industry for WA … so the knowledge base within West Australia is already there. I think it’s just been a number of entrepreneurial companies that have held on to projects and are executing it at the right time.”