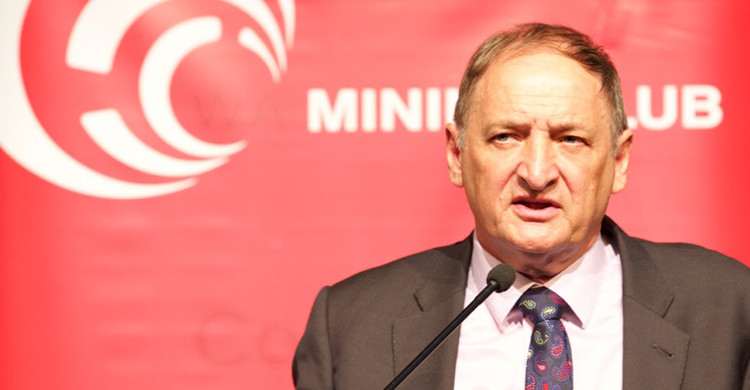 Barry Fitzgerald was coy on costs and expectations of first iron ore shipments from Roy Hill when he presented at the WA Mining Club’s lunch on October 29.

Instead, he used the address to demonstrate the importance of innovative culture.

The company has long resisted from disclosing cash costs aside from saying analysts position Roy Hill in the “lower quartile” of producers.

It was no different when chief executive Barry Fitzgerald presented at the mining club, saying he would prefer to listen to the analysts rather than make direct comment.

He similarly avoided setting a new date for when first shipments were expected from the $10 billion project after missing the planned September deadline.

Mr Fitzgerald focussed on the importance of innovation in a challenging market – particularly for producers which had no option but to work with what they had.

“We started off with 55 million tonnes throughput,” Mr Fitzgerald said.

“We didn’t have the ability to say we’ll ramp up and produce a bit more. The lenders were not going to lend us more money to build a 60 or 70 million tonne operation just for the sake of it.”

Without the ability to increase production to increase cashflow in a tight market, Mr Fitzgerald said Roy Hill had no option but to leverage innovation to develop a competitive operation.

“We have demonstrated that we are good at finding ways to do things differently.

Mr Fitzgerald also had some strong words for regulators stating that there was an uneven playing field when it came to approvals.

He urged the regulators to consider the level of production when considering approvals and apply the appropriate level of regulation.