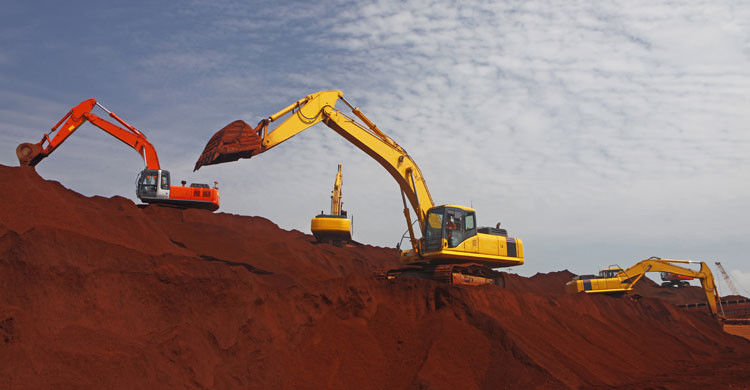 Western Australia’s leading iron ore producers are pushing ahead with expansions while those at the smaller end of the scale bide their time in anticipation of price stabilisation.

Last week the iron ore price was once again trending below US$50 per tonne and even hit US$47.31 – not a price which would sit well with many producing iron ore from within Western Australia.

But the volatility isn’t deterring larger players from pushing ahead with expansions.

Over the September quarter Rio Tinto completed key elements of its infrastructure expansion and continued the ramp up of brownfield mined capacity in the Pilbara.

The brownfield expansions at West Angelas, Nammuldi and Brockman mines helped push up production to 81.3 million tonnes over the quarter – 12 per cent higher than the previous corresponding period.

“We continue to deliver efficient production, rigorous cost control and sound allocation of capital. This approach is ensuring that our tier one assets generate substantial free cash flow even during a challenging economic environment.”

Rio Tinto is anticipating its global shipments of iron ore to reach 340 million tonnes during 2015 with only a small amount coming from its Canadian operations.

BHP Billiton is also pushing up production, forecasting 270 million tonnes for the 2016 financial year and, again, productivity was the word of the day.

In its quarterly report it said improved productivity was the sole source of the eight per cent increase in production over the quarter. Specifically, BHP has been working on the ramp-up of the Jimblebar mining hub as well as improved ore handling plant utilisation at Newman.

Fortescue Metals Group reported an impressive improvement in productivity with costs dropping 47 per cent compared to the September 2014 quarter.

Chief Executive Nev Power said the result was production costs being driven lower for the seventh consecutive quarter with C1 costs of US$16.90/wmt for the September quarter.

“Our team is continuing to deliver sustainable cost reductions through an unwavering focus on optimising every aspect of Fortescue’s operations,” Mr Power said.

While Fortescue hasn’t revealed its all-in cash costs, it has published its attractive guidance of US$18/wmt as C1 costs for the 2016 financial year.

Over the quarter Atlas Iron struck an innovative deal with contractors seeing mines which Atlas had planned to suspend stay in operation. Alongside this, Atlas had a number of other wins including ramp up of mines to 14-15 million tonnes per annum production rate four months earlier than scheduled and a A$87 million capital raising.

It’s also reported a significant improvement in production costs with the company’s all-in cost of production now at around US$42 per tonne.

BC Iron and Mount Gibson Iron have also reported positive cost reductions with both companies operating at an all-in cash cost of US$37.5 over the quarter.

Mount Gibson has shifted its focus to the lower-cost Acacia mine, which is expected to generate $15 million of positive cashflow. The company has also cut company-wide costs by 50 per cent as part of its FY2016 savings reduction program.

Meanwhile, BC Iron focused on improving its cash position through positive operating cashflows through the Nullagine operation which resulted in $7.7 million over the quarter.