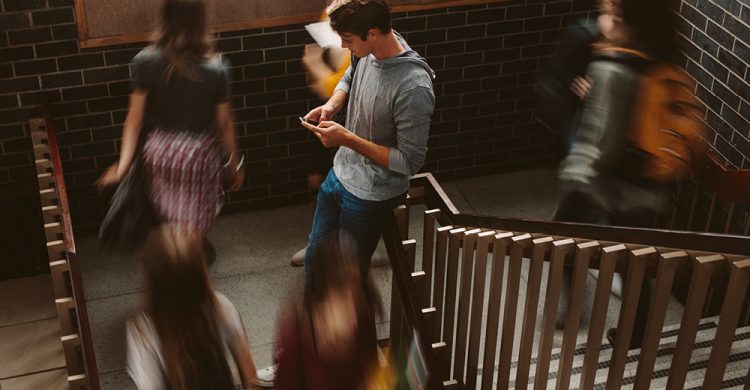 Enrolment at Curtin’s WA School of Mines had plunged more than 70 per cent over five years, with a total of less than 100 students on deck in 2018.

This in a State where mining is the biggest industry and an economic powerhouse, and at a time when demand for graduates was surging.

It has been a similar story nationwide. The Minerals Council of Australia has forecast a more than 80 per cent fall in mining engineering graduates by 2020.

“There’s 100 per cent employment of students that come out of the School of Mines,” says Darren Stralow, chief development officer at ASX-200 gold miner Northern Star Resources and a WASM alumni.

“And they’re earning $100,000 a year the moment they come out of uni,” Mr Stralow says. “It shows the industry wants them; we just need to get more in there.”

Mining companies and educators have rallied to address the disconnect between demand from industry and disinterest among the student body.

The International Mining and Resources Conference (IMARC) in Melbourne this October is also addressing these challenges with the introduction of a new programme for students, graduates and future leaders that has been developed in conjunction with the Victorian Government.

The Next Gen Programme will open the doors of IMARC to 70 successful applicants, providing an opportunity for the future workforce to meet and be inspired by a range of diverse professionals, so they can recognise where they can make their mark.

In addition, three university student groups will be selected to showcase their STEM activities in front of more than 7000 people on the exhibition floor.

Successful applicants will have access to the Next Gen Student Passport, enabling them to identify exhibitors open to discussions with students and recent graduates around internships, advice and career opportunities in their business.

Monash University, the University of Adelaide, University of Queensland and University of Melbourne among those also exhibiting at this year’s IMARC, giving prospective students a chance to examine the various study options available.

Mr Stralow says once students appreciate how technologically advanced mining is and the variety of opportunities that are available, enrolments should improve.

He points out that many go into mechatronic engineering course mistakenly thinking that robotics will be relevant to future employment.

Given there are lucrative careers on offer in mining, the industry accepts not enough has been done to promote itself to students. It’s also partly responsible for a perception that the cyclical nature of resources causes volatility in employment.

“There’s going to be a real need for people and good people to come into mining. We have to sell ourselves better. We have to change to get with the times to attract the right people to the industry.”

Curtin University has been in the process of revamping its curriculum, adding digital, data analytics and technology components to the more traditional subjects. It’s seen as a draw for the kind of high-achieving students that mining wants.

“It’ll attract these people to come and study mining because they’ll see it as an innovative discipline,” Mr Stralow says. “What we need are people that are going to bridge the gap between identifying technology and creating new technology and then being able to practically apply that technology to improve business practices.”

He says companies also needs a good mix in recruitment which takes in a broader spectrum of the community. “They need down-to-earth, practical people to get their hands dirty and want to be out there. You want to mix them with some people that are more technology focused.

“The big thing that the industry needs, is the diversification across gender and culture, but also different ways of thinking.”

Mr Stralow will speak about mining engineering degrees of the future at the upcoming International Mining and Resources Conference (IMARC) in Melbourne in late October. The conference will also discuss key themes including workforce of the future, attraction and retention of skills, as well as engaging and empowering the next generation.

WA Mining Club President, Kirsty Danby, said it was time for industry to recognise that there is a major opportunity for mining to position itself as “career of choice” for young Australians.

“Talented future mining professionals are becoming increasingly hard to come by and it’s the leaders of today that can make a difference,” Kirsty said.

Students, graduates and young professionals are invited to apply for IMARC’s Next Gen Programme, with applications closing on September 15.

For further information, go to: https://imarcmelbourne.com/next-gen/