Member of the month – Mark Bennett 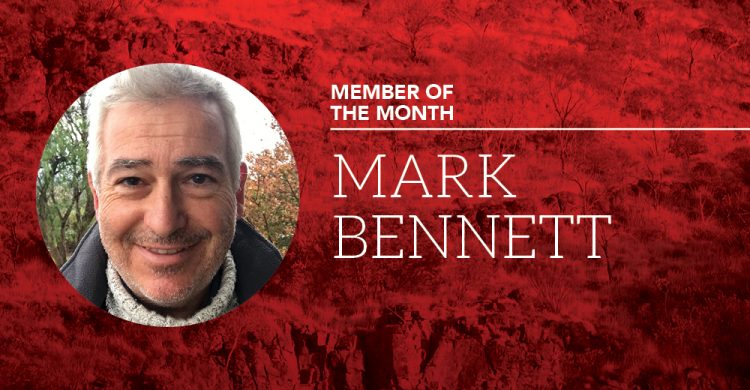 Member of the month – Mark Bennett

Fortunately for the WA mining industry (and Mark’s bank balance), that’s not the way it turned out.

Originally from England, Mark took a punt on finding a job in WA.

“I took out a bank loan, bought a ticket to Australia and turned up at WMC’s office. They had no jobs going at the time, but a Kalgoorlie-based geologist resigned, and I got the gig,” reminisces Bennett.

Mark stayed at WMC for eight years, working in Kalgoorlie, Kambalda, Melbourne and West Africa. He did another eight-year stretch with LionOre at the Bounty Gold Mine then went onto discover Thunderbox and Waterloo.

“I was involved in a disastrous corporate adventure with Apex at Wiluna for three years; however, this led me to set up Sirius in 2009.

“The company went on to discover Nova-Bollinger in 2012, and I captained it until its $1.8 billion takeover by IGO.

“We spun out S2 in 2015, and I’ve been running it since then,” says Bennett who serves at Managing Director of the company.

According to Bennett, S2 stands for Sirius Mk2. The company is another junior explorer “looking for the big one”, but with the same crew, a strong share register of ex-Sirius shareholders, plenty of cash in the bank, and several international exploration projects on the boil.

Bennett, who has been a Mining Club member for over seven years says that the roller coaster of Sirius is the most interesting thing that has happened to him in the industry to date.

“We went from near delisting to being the best performing company on the ASX. That’s before you even add in all the constituent parts such as equity raising, project financing, native title deal, offtake deals, and construction.

While Bennett has come a long way since taking a chance on a career in Australia, he still gets his work boots on as often as he can, saying that the company believes in a lean, mean, flat structured, collaborative, hands-on approach.

The Managing Director’s spare time may be limited these days, but when the moment does present itself, he enjoys a “bit of mountain hiking, cycling, and managing my little place in the country.