Aussie mining the beneficiary as Canada gets high on cannabis 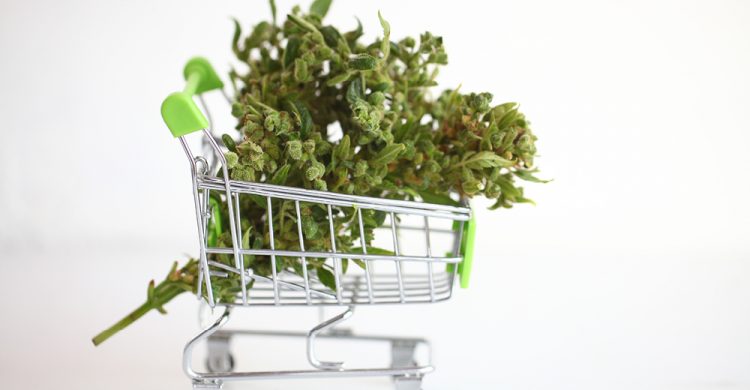 Aussie mining the beneficiary as Canada gets high on cannabis

Legalisation of marijuana in North America has had a surprise but welcome effect on the other side of the world.

Combined with the rise of cryptocurrencies and blockchain, massive growth in the cannabis industry has bolstered overseas mining investment in Australia.

How does that kind of butterfly effect happen? Until a few years ago, Canada’s TSX Venture Exchange was the go-to bourse for listing and investment in the junior mining and exploration space.

But with the speculative end of the investor market diverted by cannabis and cryptocurrencies, demand for mining stocks on the TSX V dried up.

Mining’s market value share of the TSX V dropped from 45 per cent in December 2017 to 35 per cent in January 2019, according to BDO Australia. At the same time, cannabis and life sciences stocks soared from 13 per cent to 32 per cent.

Hedley Widdup, investment manager at the junior miner-focused Lion Selection Group, told an Australian conference this year that cannabis stocks made up 22 per cent of fresh equity raised on the larger Toronto Stock Exchange in 2018 despite representing only two per cent of the market.

“This has coincided with a new low for mining capital raisings in Canada,” Mr Widdup said.

Tony Manini, executive director at specialist resources private equity manager EMR Capital says: “It’s been extremely difficult for (mining) companies to raise any capital on the Canadian market. There has just been no interest in the sector. As a consequence of that, that’s driven those companies to look at alternative listings.”

“As a result, Canadian miners are looking for opportunities in Australia as well as listing here to raise capital. I think it’s the first time in my career that I’ve seen that. That tells you something about how the sector’s viewed from afar.

“There’s perceived to be more capital available for mining investment in Australia than there is elsewhere in Canada.”

Industry observers will recall the Canadian-inspired frenzy in 2017 around gold discoveries in Western Australia’s eastern Pilbara region by companies like Novo Resources. While the fervour over those finds has since cooled, the interest in Australian mining – particularly gold – has not.

Aurania Resources, Amerigo Resources, K92 Mining, Aston Bay and Northern Shield Resources are just some of the Canadian miners that will be making the trip to Australia to meet with over 400 investors at the upcoming International Mining and Resources Conference (IMARC) in Melbourne this October.

Mr Manini, Denham Capital’s managing director Bert Koth and Emerging Markets Capital, Managing Director Jorge Ramiro, are amongst the investors that will be at the end where they will join a panel to discuss the top projects of the last 12 months.

More than 100 countries and 400 mining companies will be represented along with mining ministers from 35 countries.

“As a consequence of that, there’s a higher level of interest than I’ve ever seen previously for Canadian resource investors into Australia.”

Of course, it is not only Canadian gold miners attracting investment. Australian mid-tier producers have got their houses in order, Mr Manini says, and are well-run and profitable. Some are stepping up to acquire assets in the Americas.

Neither is it just only gold that is attracting international funds down under. Copper discoveries by Rio Tinto at its Winu prospect in the Pilbara and BHP at Oak Dam in South Australia.

Mr Manini says while copper has not been performing well against the backdrop of the US-China trade war rhetoric, its fundamentals look strong. “Most of the major companies who are thinking in decades are all very actively looking for copper opportunities.”

In the coal sector, US miner Coronado Global Resources listed last year through an initial public offering on the ASX after buying Queensland’s Curragh mine from Wesfarmers for $700 million.

Underpinning all this investment – at a time when companies are pulling back from risky jurisdictions – is Australia’s bankable reputation of having a supportive and stable regulatory environment, combined with a skilled workforce and high standards of safety and security for personnel.

Add to that the fact companies are doing well, growing and raising capital. “Australia as a destination for mining I think is in very good shape as a consequence of that,” Mr Manini says.

Current investors registered for IMARC have a cumulative total of $1.37 trillion in assets under management and $12.38 billion ready to invest in mining and resources.

Over $100.3 million was reported to have been invested in projects identified at IMARC 2018.

According to Image Resources Managing Director Patrick Mutz, the benefits for mining companies is substantial.

“Since the 2017 IMARC event, we’ve raised $25 million in equity capital, and our flagship project has advanced to commissioning in advance of first production later this year,” Mr Mutz said.

“Our success is in part due to contacts made at IMARC, the biggest and best event of its type in Australia.”

Investors should take advantage of the complimentary pass that is on offer to attend the event, which will be held at the Melbourne Convention & Exhibition Centre from 29-31 October.