Financial myopia – looking beyond the basics

Financial myopia – looking beyond the basics 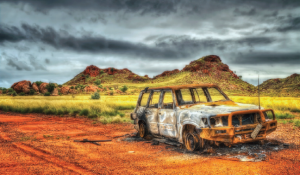 Voltaire’s advice to judge a man by his questions rather than his answers seems as apt today as ever. Here to ask some intelligent questions of his own relating to the thorny issue of interest rates and their likely impact on business projects and beyond is much-revered financial professional, Nick Bruining. A regular contributor to Minesite, this year’s article again delivers on Nick’s well-established tradition of blending expert monetary expertise with witty social observation. His thought-provoking angles are certainly worth digesting.

It has been a rough year, and while this time last year the mining sector was pondering an answer to the question “How much further can they go?” the stabilisation of commodity prices and the twinkling of a recovery in the exploration sector has been a glimmer of good news in an otherwise bleak period. A few lawyers around town are reporting a little more activity, and while no one wants to ring a lawyer unless they really have to – it is a sign that deals are being done and contracts are being signed. And so, we need to weigh up what issues could possibly stymie a recovery over the next few months beyond the obvious decline in prices. And coming out of left field is a possible increase in the cost of funding.

For years now, we have been enjoying those historically low interest rates. And while Australia was virtually quarantined from the GFC, thanks to our northern neighbours, we were swept up in the post-GFC stimuli used by central banks to encourage punters to invest and spend. Lowering interest rates is the first arrow to pull from the quiver to fight a dwindling economy. Cheap money means people borrow to invest and spend. And when that does not work, we see the economy stuffed with cash to encourage spending. Here we saw it in the form of Kevin Rudd’s economic stimulus program in 2009, when almost everyone copped a $900 government gift. It seemed that being alive was optional, as even some deceased estates reportedly received the $900 cheque. In the United States the injection of cash was called ‘quantitative easing’, or QE, and unlike our one-off economic sugar hit, QE ran for years. One of Federal Reserve System Chairperson Janet Yellen’s first jobs when taking over from Ben Bernanke was to shut QE down in the latter part of 2014. The US economy was responding as it should. Post-GFC, unemployment sat in the 10% range and at the end of quantitative easing, it was down in the sixes. Although slowing, it is now down in the 5% range. Speculation then turned to when the original economic stimulus would be wound back. When would Janet Yellen start to lift those interest rates that have been sitting at an incredibly low 0.5% for years? And so, over the past two years, the world and markets have wondered exactly when Janet will move. There are rumblings, hints, suggestions, rumours, and even online betting companies are having a go at trying to pick when the lift will occur.

Not surprisingly, much of the volatility in world share prices over the past two years has been linked to those potential rate rises. A hint of a rise, a misplaced word by someone official – and the Dow Jones Industrial index dives 2% in a matter of minutes. The significance for us here in Australia is the almost counter-cyclical game that is now being played out. The Aussie economy, struggling after the much talked about mining boom, has seen official interest rates tumbling in response. In October 2016, they sit at 0.5% with speculation by some that a further two reductions could be made before they start to rise. The trouble is not all funding used by the banks and lent to the likes of you and me comes from the RBA – in fact, not much of it at all. There is a mixture of deposits called securitised products, and significant sources of funding are overseas suppliers. For instance, banks and pension funds of Europe and of course, the United States. And therein lies the problem. If we start to see those rates lift in the United States, then quite simply, the costs of funds around the world are likely to increase. And that will have an effect here in Australia. Aussie banks will have a choice – absorb the increased funding costs and reduce profits (are you off the floor yet?) or pass these increased funding costs on. Indeed we may be looking at a combination of the two. Either way, all borrowers will have to contemplate what extra funding costs will mean to their bottom line and indeed, the viability of some projects going forward. And so, rather than last year’s question of “How low can they go?” we might now be asking of interest rates “How high can they fly?” And let’s face it – a 0.5% or 1% increase in borrowing costs could be nasty indeed.